The Orange Economy, an infinite opportunity

Latin America and the Caribbean have great potential to develop creative industries through innovation and cultural heritage. 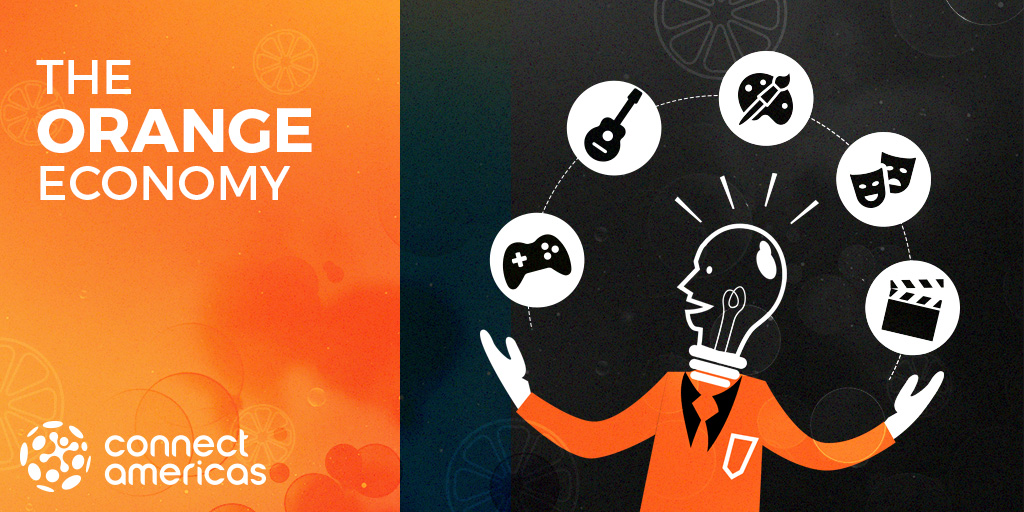 The Orange Economy is focused on investing in new capabilities, in attracting and nurturing talent

Architecture, visual and performing arts, crafts, film, design, publishing, research and development, games and toys, fashion, music, advertising, software, TV, radio and videogames are some of the sectors that make up the Orange Economy, as defined by John Howkins, one of the most influential researchers on the topic.

The trade in creative goods and services – hereinafter ‘mindfactures’ – has had a very good decade: from 2002 to 2011 exports grew 134%, according to the United Nations Conference on Trade and Development (UNCTAD). If we were to include them within the classification system of the International Trade Center (ITC), they would be the fifth most traded commodity on the planet.

According to the book “The Orange Economy, an infinite opportunity”, written by Felipe Buitrago Restrepo and Iván Duque Márquez, and edited by the Inter-American Development Bank (IDB), it is possible distinguish between creative goods (visual and performing arts, crafts, audiovisuals, design, new media, etc.) and creative services (architecture, culture and leisure, research and development, advertising, etc.). In 2011, exports of creative goods and services reached 646 billion dollars; but services grew 70% faster than goods since these transactions are increasingly being made over the Internet.

Creative trade is less volatile than trade in commodities or raw materials.  Proof of the fact is that it weathered the global financial crisis better than sectors like oil. While sales from the Organization of the Petroleum Exporting Countries (OPEC) recorded a 40% drop in 2009, exports of creative goods and services only contracted 12%.

The Americas are clearly leading the Orange Economy trade worldwide due to the impressive performance of the United States. The trade deficit in Latin America and the Caribbean is huge in connection with the exports of its creative goods and services. Of major concern is the fact that if we factor in net payments for intellectual property royalties and licenses, the deficit nearly doubles.

Almost 1.77% of the world’s exports of creative goods originate in Latin America and the Caribbean. Less than a third of these exports go to other countries in the region, more than 64% are directed to developed economies and less than 3% go to other developing markets.

The Orange Economy as development target

Current trends in creative trade are tilted in favor of services, and nations with a “mindfactures” intensive digital strategy will take the lead and turn the Orange Economy into a main development target for generating employment and wealth. “Mindfactures” such as art, design, videogames, film and crafts, carry with them an intangible symbolic value that exceeds their use value.

Another option involves convincing the talent of the 107 million youth (between the ages of 14 and 24 years living in Latin America and the Caribbean) to consider the early adoption of business models based on “mindfactures” (the core of an Orange Revolution) and to build an empire based on this creativity.

The current culture as a whole is treated by society as a public good; this situation is very harmful to artists and creatives because it denies them of at least two fundamental rights: the recognition of their activity as a legitimate career and rightful compensation. Likewise, it denies society the kind of progress that artists, creatives and the entire value chain can deliver.

Cultural exchange and economic processes that turn symbolic content into goods and services for society are evolving constantly. Today, the nature of content consumption is of a niche nature. An Inter-American Market of Original Contents (MICO, for its acronym in Spanish) needs to be created.

By developing an Orange Economy it is possible to bridge social divides and bring together the disadvantaged with the privileged around a common goal. Many are motivated to employ the Orange Economy’s tools for social integration.