Outsourcing in Colombia: from goods to services

Colombia was the so-called “blue collar” industrial outsourcing leader. Although it lost that position due to the expansion of the Asian economies, the country has consolidated itself as a “white collar” outsourcing hub, in other words, in processes and services. 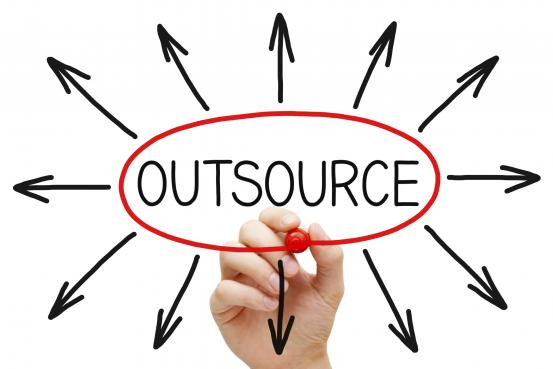 According to a classic study by Ashok Deo Bardan and Cynthia Kroll, researchers from UC Berkeley, historically there have been two big outsourcing waves. In a first stage, known as the “blue collar” stage, companies – especially in the United States – started to hire factories in other countries to perform industrial processes that had previously been carried out in the company’s country of origin. While in the second phase, known as the “white collar” phase, the tasks outsourced by companies became more sophisticated and were mainly geared towards services, such as software development and call centers.

These two big outsourcing waves produced a diverse strong impact on Colombia, the third most populated country in Latin America and one of the five biggest economies in the region.

According to a study conducted in 1981 by World Bank economist, David Morawetz, Colombia was one of the first countries to profit from the first outsourcing wave. The country was equipped with skilled and cheap labor, low transportation costs, easy access to communications and enjoyed a similar time zone as the United States, making it an attractive destination for American companies.

However, Jones, Kierzkowski and Lurong, from the Universities of Geneva and Rochester, explain that Colombia did not last long as an offshoring destination: “The macroeconomic instability, political tensions, trade union upheavals and exchange depreciations led American producers to switch to sub-suppliers located in East Asia. After being a regional phenomenon, outsourcing went global.”

Today, more than 30 years after the exodus of American companies, Colombia appears to be regaining its position as an outsourcing hub in Latin America. But its outsourcing matrix no longer responds to the features of the “blue collar” wave but rather relates to the second “white collar” phase.

According to a study conducted by Tholons for the Inter-American Development Bank (IDB) in 2012, Colombia is the “the hidden jewel for outsourcing in Latin America.” Along these lines, an outsourcing destination report published by the same company in 2013 affirms that “Colombia has been putting to practice its true potential as a feasible destination for the region in technology BSO and BPO.” According to the report, this progress is “attributed to the unwavering support from its industry and government stakeholders to promote Colombia as a global IT-BPO destination.”

According to a study conducted by an American and three Colombian researchers available on the ECLAC (Economic Commission for Latin America and the Caribbean) website, “The business process outsourcing (BPO) sector dominates the Colombian outsourcing and offshoring industry. Call centers accounted for 59% of the overall BPO sector in 2007. The contribution of human resources, finance and accounting sectors was 34% and that of the data carrier sector was 7.0%. There is, however, some evidence that the Colombian outsourcing and offshoring industry is slipping into a higher gear and moving towards high-value, data and knowledge-based services.”

For the majority of specialists, the key point of Colombian growth has been the active role of the government. According to Victoria Prussen Spears, CEO of the Consultancy firm Global Outsourcing Information, “in recent years, the government has introduced more than 25 institutional and regulatory reforms. These efforts also are paying off. The World Bank ranked Colombia as the third most business-friendly country in Latin America in its 2013 “Doing Business Report": "Colombia’s most notable regulatory improvements have been in the areas of starting a business, paying taxes, protecting investors, and resolving insolvency.”

A study published by ECLAC seems to echo this: “Institutional changes taken place in recent years have helped the development of the outsourcing and offshoring industry. Various changes such as establishment of free trade zones with BPO facilities in Bogota, Manizales and Pereira, investments in this sector, creation of a national registry for bilingual individuals, Bogotá‘s program to fund English language courses for call center employees, elimination of the value added tax for the BPO sector, and adoption of International Financial Reporting Standards...are set to transform the Colombian outsourcing and offshoring industry."