Nanotechnology is also applied in the food industry

The science of manipulating atoms and molecules at nanoscale is gaining increasing presence in the products we eat. Reducing smells and changing the appearance or improving the texture of dairy products are some of the uses that we find in the industry. 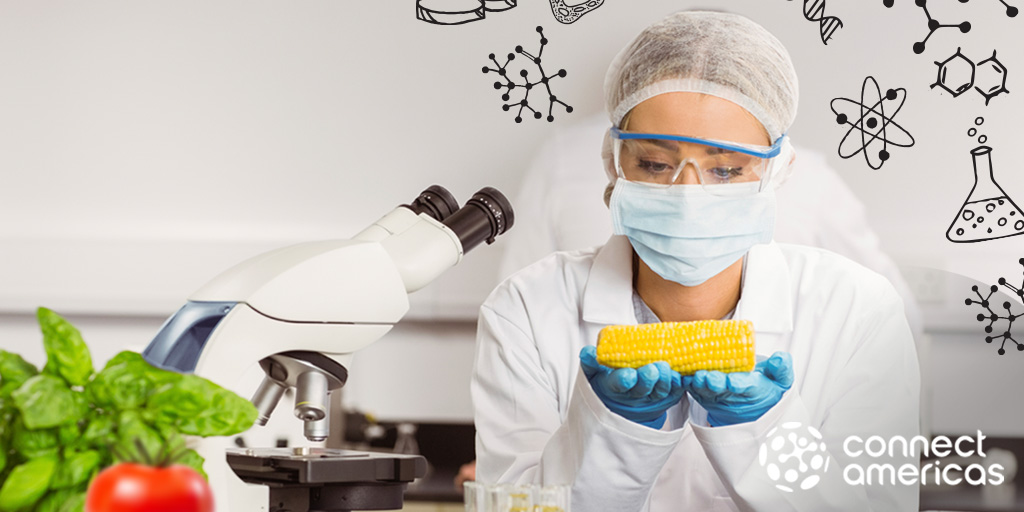 Nanotechnology has many applications, from odorless textiles and extending shelf life of food products to therapeutic methods against cancer. According to the website NanOpinion, launched by the European Union’s Program for Research and Development, nanotechnology can be defined as “engineering at a very small scale.” A nonometer is one billionth of a meter, or, like comparing the size of an apple to that of planet Earth. Nanotechnology has several applications in different areas including food, agriculture, medicine, information technologies, communications, energy and the environment.

Nanotechnology in food will allow us to enjoy healthier products, resistant to disease and with a longer shelf life

Today nanotechnology is used in the food sector for enhancing food flavor and extending shelf life. El Agro magazine describes how nanotechnology is being used to produce sliced bread with omega-3 from fish, to improve the texture of dairy products such as cheese, and to control the smell of food. It is also being used in processed food to reduce the amount of fat and salt required for production.

Since this technology is relatively new and there is little information available about its side effects, it is viewed with skepticism by part of the population, governments and NGOs. Nanofood detractors argue that it is necessary to conduct more studies in order to confirm the safety of products derived from nanotechnology before they are mass-marketed. In fact, ConsumeR magazine magazine reports that in 2008 the European Commission started studying the possibility of regulating all nanotechnology applications in food for human consumption.

A BBC article reveals that the strong players of the food industry affirm that they have conducted their own studies and research on the effects and safety of nanoparticles. According to the publication, the Science and Technology Committee of the Chamber of Lords in Great Britain expressed that the lack of dissemination on the results to the general public generates a problem with the reliability and transparency of the food chain.

Nanotechnology in food will allow us to enjoy healthier products, resistant to disease and with a longer shelf life. El Agro provides some example of nanotechnologies that are being developed: sensors to analyze product freshness and to precisely estimate shelf life; instant detection and neutralization of pathogens, additives, pharmaceuticals, toxins, heavy metals and pesticides; and detection of allergens and other anti-nutritional factors.

Likewise, considerable progress has been made in developing nonocontainers or nanolabels, a manufacturing method using nanotechnologies that enable containers to change color when the food product starts to deteriorate. This will allow withdrawing the product from the distribution chain before it reaches store shelves and final consumers.

El Agro states that University of Rutgers experts in the United States are using nanotechnology to create food with medicinal properties, called nutraceuticals. The term originates from the combination of the words nutrition and pharmaceuticals. The advantage of nutraceutical foods is that they can be customized to the genetic and nutritional profile of each individual, releasing the appropriate molecules and withholding others.

There are several nanotechnology research initiatives in the region. In Mexico, the Technology and Design Research and Assistance Center of the State of Jalisco (CIATEJ, from its acronym in Spanish) is pioneering the development of nanotechnologies applied to food. El Informador reveals that the objective of CIATEJ is to preserve the beneficial properties of food and strengthen them to increase the market value.

For example, blueberries – a strategic crop extensively produced in Jalisco- is marketed and exported without added value. CIATEJ seeks to increase its value through nanotechnologies that will allow manipulating and strengthening beneficial properties such as antioxidants. Producers are expected to incorporate these new technologies through research and training.

Argentina is developing a NanoPymes program focusing on four sectors: metalmechanics, agrifood, health and electronics. Its objective is to summon all small and medium-sized enterprises that are interested in incorporating nanotechnologies to improve productivity and competitiveness.

The initiative focuses on promoting cooperation between the academic and business sector, facilitating the transfer of technology through productive financing, training and workshops. It is run by the Ministry of Science, Technology and Productive Innovation and is financed by the European Union and the Republic of Argentina with a total budget of 19,600,000 Euros.