How did the concept of outsourcing begin?

According to several authors, the term “outsourcing” was created by the economist Ronald Coase. It evolved from farming out basic “blue collar” jobs to outsourcing specialized and highly-skilled services called “white collar” jobs. 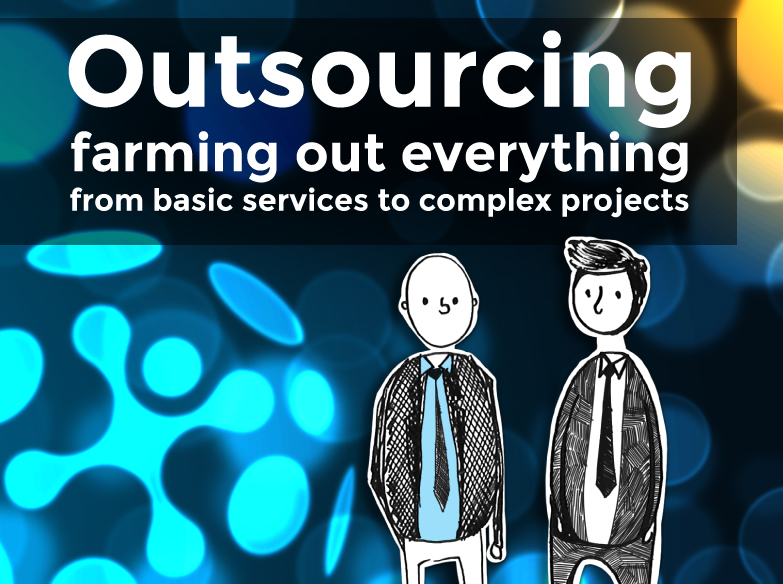 While a few years back outsourcing business activities was the exception, today it seems to be the rule in international business. According to a survey conducted by the consultancy firm Bain & Company, 82% of the largest companies in Europe, Asia and North America have some type of outsourcing agreement in place. Specifically, 51% of companies outsource to a totally separate organization in another country, known as “offshore outsourcing.”

Furthermore, in addition to the changes relating to its massive character, experts agree that the characteristics of outsourcing have evolved, expanding beyond what was originally expected. While at the beginning only certain basic jobs were exported, today companies tend to outsource other types of functions. How and why did this process begin?

Three researchers from the University of Sao Paulo -Giao, Oliveira Junior and Vasconcellos-, report that the origin of the term “offshore outsourcing” can be pinned to the economist Ronald Coase, who in 1937 published a paper about this form of organizing business. However, an article by Rose India Technologies traces this practice further back in time to the first industrial revolution.

What is certain is that authors generally agree that this phenomenon became somewhat massive by the mid-20th century, several decades after Coase’s paper was published. According to Gary Gereffi, professor at Duke University, outsourcing appears “in the 60s with the proliferation of assembly programs in Mexico – called ‘twin plant programs’-. A company manufacturing transistor radios or auto parts sent US-manufactured parts to a factory somewhere in Mexico, where they were assembled with lower wages to then be exported back to the United States as a finished product.”

According to professor Gary Gereffi, outsourcing appears in the 60s with the proliferation of assembly programs in Mexico

Ashok Deo Bardan and Cynthia Kroll, two researchers from the University of Berkeley, summarize the history of outsourcing in two big stages. The first, as Gereffi mentioned, starts with the division of labor between US and Mexican factories, involving the so called “blue collar jobs” (thus called due to the color of the workers’ overalls). According to Bardan and Kroll, “one of the attributes of the modern stage of globalization for advanced industrialized countries is the offshore production of intermediate inputs, usually in low-cost developing countries. The motivation, on the part of US firms, has been driven by the low costs of manufacturing abroad, primarily in the East Asian countries, such as Taiwan, China, South Korea, Malaysia and others, as well as the availability of skilled labor, the promotion of a business-friendly environment and the existence of production and supply networks in those countries. At the same time, the higher value-added, better paying jobs in management, finance, marketing, research and development have been retained in the home country.”

At a second stage, however, companies started to outsource “white collar jobs” (for the color of the workers’ shirts), going beyond the basic tasks that were required at the beginning. In this period, in addition to outsourcing production activities, the companies shifted the generally more skilled services sector abroad. According to the website Outsourcing Monitor, “The growth of Services Offshoring is linked to the availability of large amounts of reliable and affordable communication infrastructure following the telecom boom of the late 90s. Coupled with digitization of many services, it was possible to shift the actual delivery location of services to low cost locations in a manner theoretically transparent to end-users.”

An article on Offshoring Times reports that the first services outsourced to India were medical transcription services but then others appeared such as data processing, billing and customer services. However, software seems to be the most important of these services.  Bardan and Kroll explain that “The software sector was the first service sector to transfer significant activity to foreign locations, leading to the creation of a critical mass of expertise and resources in concentrated locales, such as the city of Bangalore in India. The rapid dissemination of the Internet, the transnational networks set up by immigrants in the US, and the liberalization of emerging market economies created the conditions for a major burst of outsourcing in the 1990s.”

Foreign investment was another important factor that determined the growth of outsourcing. An empirical study conducted by Sadhana Srivastava from the University of Singapore reports that there is a direct relationship between Foreign Direct Investment and services exports, since the latter increases when the former is higher.  In the case of India, Offshoring Times affirms that “With the success of Indian Software Development industry, the central government identified Business Process Outsourcing as a key contributor for economic growth prioritized the attraction of Foreign Direct Investment in the segment of establishment of Software Development Technology Parks and Export Enterprise Zones.”