What should SMEs know about intellectual property?

SME exporting companies should be acquainted with the system regulating intellectual property rights, either to protect their works or to avoid legal issues. 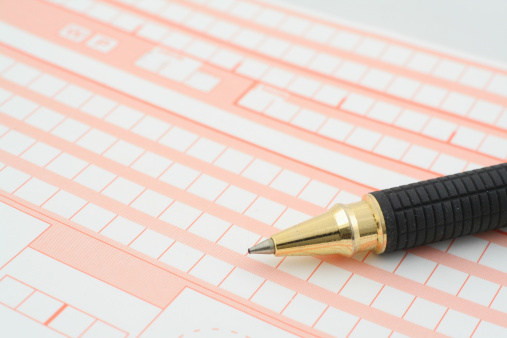 Intellectual property rights are currently a very important element that small and medium-sized companies (SMEs) which engage in exporting all types of goods or services should take into account.

There are two major reasons for this. On the one hand, it might be important to register a certain type of innovation or new work or process that is being used so that it won’t be copied by competitors. Otherwise, other companies may take advantage of the efforts made by the SME in developing this new idea.

On the other hand, it is critical for SMEs to be acquainted with the intellectual property system to avoid getting involved in activities that border on the illegal. For example, a fruit producer that is acquainted with the intellectual property system will avoid using patent-protected seeds without paying the pertinent license; otherwise, it may incur legal problems.

What are intellectual property rights?

According to the World Trade Organization (WTO), intellectual property rights are divided into two main categories: on the one hand, copyrights of literary and artistic works and, on the other hand, industrial property rights, aimed to stimulate fair competition and protect investment and innovation.

Professor Belay Seyoum, from Nova Southeastern University in the United States, points out that the three most important intellectual property rights for exporters are patents, trademarks and trade secrets.

In the first place, explains Seyoum, a patent is “a proprietary right granted by the government to inventors (and other persons deriving their rights from the inventor) for a fixed period of years to exclude other persons from manufacturing, using or selling a patented product or from utilizing a patented method or process. At the expiration of the time for which the privilege is granted, the patented invention is available to the general public or falls under the public domain.”

The WTO explains that “the protection of distinctive signs aims to stimulate and ensure fair competition and to protect consumers, by enabling them to make informed choices between various goods and services. The protection may last indefinitely, provided the sign in question continues to be distinctive.”

Therefore, an SME producing fruit juices can, for instance, patent the procedure it uses to extract fruit, or it can patent the fruit formula itself. This way, businessmen and workers’ efforts in developing this method will be protected from imitation by the competition.

Secondly, a trademark “is a word, name, symbol or device or any combination thereof, used by a manufacturer or seller of goods to identify and distinguish his or her goods from those manufactured or sold by others.” For the WTO, the social purpose in this case is to “protect the results of investment in the development of new technology, thus giving the incentive and means to finance research and development activities.”

Any SME wishing to export its products must register a trademark, otherwise, its prestige in the market could be seized by another company profiting from the same name.

Finally, trade secrets involve “a formula, method or technique that derives independent economic value from not being generally available or known by others, who can obtain economic value from its disclosure or use.” For example, many companies include clauses in their employment contracts requiring workers not to disclose certain corporate practices so that the competition cannot profit from the knowledge acquired by these employees.

Almost all countries in the world have domestic regulations on intellectual property. Also, these regulations usually stipulate the procedures required to obtain patents, trademarks or copyrights. Generally, it is necessary to comply with an administrative procedure where the intangible asset to be protected is described so that the State can register and make it public and thus inform the competitors that its imitation is prohibited.

Likewise, at an international level, the main treaty regulating intellectual property matters is the Agreement on Trade-Related Aspects of Intellectual Property Rights (TRIPS), which is part of the World Trade Organization agreements.

According to the WTO website, the TRIPS Agreement “is an attempt to narrow the gaps in the way these rights are protected around the world, and to bring them under common international rules. It establishes minimum levels of protection that each government has to give to the intellectual property of fellow WTO members.”