Under the African sun

Brazilian firms have increased their presence in Africa. In the process, they have seen heaven and hell. Where are the opportunities for other Multilatinas? 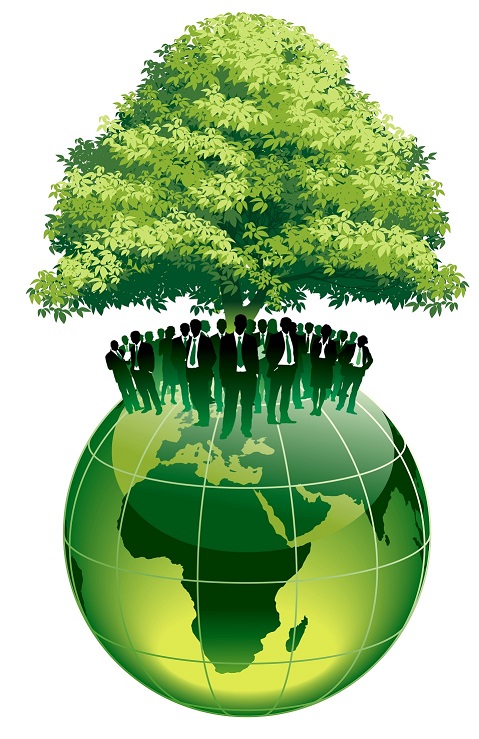 Brazilian companies have made headway in Africa with the active support of former President Luiz Inácio Lula da Silva, who frequently visited the continent when he was in power between 2003 and 2012, and with the diplomatic support of Itamaraty, the Brazilian external affairs ministry that has opened numerous embassies south of the Sahara in recent years.

For sure, Brazil’s presence in mineral-rich Africa can hardly compare with that of China, whose banks have already set up shop in the fast growing region. And the African adventure has not come without some bumps on the way, or even upsets. Vale, for instance, the world’s largest iron ore producer, just decided to halt its huge investment in the West African state of Guinea only months after describing the Simandou project as one of the biggest reserves of iron ore on the planet. But there have been some incredible success stories, and Brazil has started to become relevant in business terms. Activities now range from commodities to cosmetics.

Africa will continue to provide fertile ground for Brazilian businesses in many areas. Take trade, usually a good measure of one country’s involvement with another. It shot up from a mere $4.3 billion in 2002 to $27.6 billion in 2011. Africa’s share of Brazilian trade is still relatively small (around 5 percent), but it has been growing. “The funding deficit is a great challenge,” said Luciano Coutinho, president of the Brazilian Development Bank (Bndes). But the powerful Bndes has been flexing its export financing muscle. African loans barely amounted to $150 million five years ago, compared with $550 million last year. Loans from January to November of 2012 hit $561 million, and according to Bndes officials, the portfolio is increasing. “This is in line with the interest of Brazilian companies in the continent, especially in lusophone Africa.” This is especially true for civil engineering corporations, due to reconstruction opportunities in various (post conflict) countries. “Those firms tend to use Brazilian equipment and brands, so other companies from other sectors also follow suit and achieve some notoriety in Africa, too,” said Luciene Machado, foreign trade director at the Bndes in Rio.

Investments have soared. Longtime business partners in Africa like Odebrecht are familiar with such credit lines. Angola and Mozambique, which both endured decades of civil war after independence from Portugal, have become prime targets for Brazilian firms. “Brazil was the first country to acknowledge Angola’s independence (in 1975) and maintained good relations with the country even during the most intense period of the civil war, so it’s natural that companies that have been here for a long time enjoyed some advantage during the reconstruction era,” she said.

Odebrecht can also cash in some of its receivables in dollars outside Angola, including 10 percent upfront, thanks to its longstanding relationships with officials in the oil-rich southwestern country. On the Angolan government’s request, Odebrecht has also been operating a retail chain, quite a unique experience for the engineering group.

Beyond maintaining good relations with governments, another important lesson from the Angolan experience is to be able to respond to the huge infrastructure demand all over Africa, said Machado. But she added that it would be a mistake to generalize. “We need to take into account the differences among countries,” she said. In non-Portuguese speaking countries, the Bndes has been active in the oil-rich Ghana and Equatorial Guinea, as well as South Africa. Petrobras is also present in Nigeria and Tanzania, although it is more focused on its domestic interests right now.

Air transportation has also been identified as another “strategic” area for Brazil and one of its star global firms, Embraer. “The continent’s infrastructure challenge renders air transport a potential leapfrogging technology akin to mobile phones,” said the African Development Bank in a statement, as it signed a cooperation agreement with the Bndes last year.

The continent has also enjoyed high growth rates in recent years, around 5 percent, excluding 2009, although regional business is still hampered by poor regional connections, especially since the demise of Air Afrique in 2002. Embraer, which has already sold military aircraft to several African countries, could achieve a breakthrough in civil aviation there. “The adoption of regional jets was highly catalytic for the growth of aviation in Brazil and we believe that the same can happen in Africa,” said Marcio Migon, head of aircraft financing at the Bndes.

Yet some Brazilian companies have had a hard time overseas, such as Marcopolo, the bus body manufacturer whose Egyptian plant in Port Said saw disruptions related to political instability. The Caxias do Sul-based company has been more successful with its investments in South Africa, including during the latest football World Cup.

The widest contrasts in outcomes, though, have been experienced by one of the largest Brazilian multinationals, Vale (the company declined to comment on its African business). On the one hand, it has been exploring a profitable coal mine in Mozambique. “It is one of the best projects they have outside Brazil,” said Denis Demange, head of metals and mining at the investment bank Credit Agricole in São Paulo, who has visited the Moatize site twice. “Roger Agnelli (then CEO of Vale) was treated like a prince in Mozambique,” said a former company director.

But on the other hand, Murilo Ferreira, Agnelli’s successor, has faced a near-hellish experience in Guinea, one of the poorest countries in the world, where Vale pledged to invest $2.5 billion to buy a 25.5 percent stake in the promising Simandou iron ore mining project in 2010. The potential was great: Guinea, which is already the world’s largest producer of bauxite, could achieve a leap forward if the Simandou mine, which contains the word’s largest non-explored iron ore reserves, was put to work. But the experience soon turned sour.

Vale signed the deal during a transition period between the death of former dictator, Lansana Conté, and the democratic election of Alpha Condé, a longtime opponent who decided to implement a new mining code and a review of existing contracts. These included contracts signed by Vale and its Israeli partner Benny Steinmetz. Condé, a former Sorbonne law lecturer, also called on former British Prime Minister Tony Blair and the mega-investor George Soros to advise him. The Brazilian investment bank BTG Pactual, which is allied in a joint venture with Agnelli, also teamed up with Condé. Under pressure, and after months of dithering, Vale finally decided to pull the plug on Simandou in December 2012 and focus on domestic investment in iron ore instead. “They have already spent $1 billion in Simandou,” said Demange. “But the project is doomed.”

This is the kind of experience that undoubtedly leaves a bitter taste in the mouth. But business is business–even in Africa.