Stevia, a plant native to South America, is the world’s most fashionable sweetener. The reasons for its success? It has no calories, is suitable for diabetics and is of natural origin. 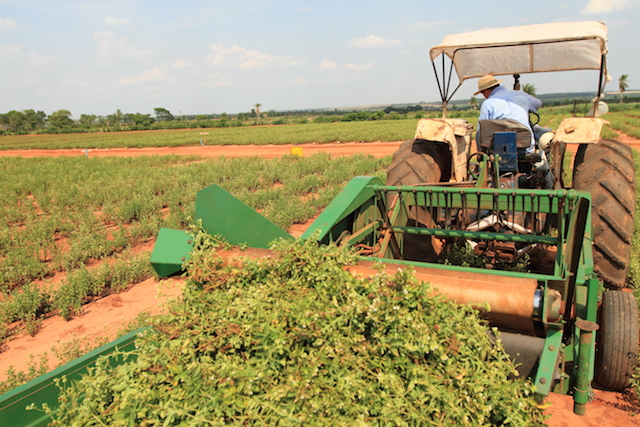 The whole world is talking about stevia, the South American sweetener that’s threatening the reign of sugar.

The New York Times, for example, described it as “a potentially game-changing element” in the sweetener industry. Similarly, an article published by the BBC described it as “the ‘miraculous sweetener’ or the ‘holy grail of the food industry’ due to its natural origins and acclaimed health benefits.” Even the famous TV series Breaking Bad showed the world’s fascination with stevia when, in its last episode, it prominently featured one of its characters using this product from our region.

According to the Global Stevia Institute, an organization dedicated to researching the properties of this plant, “stevia is a naturally sourced, zero-calorie sweetener that has been used as a natural sugar substitute and flavoring ingredient for hundreds of years.” It is “a natural origin plant extract from the leaves of the stevia plant,” native to South America, and its scientific name is Stevia Rebaudiana.

In effect, the indigenous peoples of countries like Paraguay are familiar with the properties of this plant and use it to sweeten beverages. “Traditionally, the plant leaves, often called ‘sweet herb’, were dried and used to sweeten mate, teas and medicines.”

The product’s sweetness comes from the steviol glycosides that “are extracted from the stevia leaf, filtered and purified. This process is similar to how other plant ingredients, such as sugar and vanilla extract, are obtained. The sweet molecules in the stevia plant are extracted by steeping its dried leaves in water (like tea) and then separating and purifying the best tasting steviol glycosides. The steps of the extraction process include: crushing the leaves, extracting with water, filtering and separating the liquid from plant material, then further purifying the extract with water or food grade alcohol, followed by drying, to obtain high purity stevia leaf extract.”

Paraguay plans to reach 10,000 hectares of stevia cultivation in the next 5 years

The International Stevia Council (ISC), an international trade association that represents the interests of stevia producers, states that there are three main advantages to this sweetener.

First, as opposed to other sweeteners, stevia is completely naturally sourced. While the standards in each country establish different requirements for a product to be advertised as “natural”, the ISC affirms that it has conducted studies of European consumers, and that they have demonstrated “a high level of comprehension and acceptance of the natural characteristics of stevia.”

Second, stevia does not have calories, differentiating it from sugar, the most popular sweetener on the market – and allowing it to compete in the market with sweeteners like aspartame, saccharine and sucralose.

South America has been exporting stevia for many years. In fact, Japan has used stevia as a sweetener for the past 40 years. However, the United States and Europe recently approved – in 2008 and 2011, respectively – the sale of products derived from stevia, which sparked a rapid market expansion.

Currently, the world’s main stevia producer is China, but Paraguay is in second place and hopes to overtake it. According to information published in a local newspaper, in early 2014 the Paraguayan government launched a business plan to reach 10,000 hectares of stevia cultivation in the next 5 years: “The Minister of Agriculture, Jorge Gattini, stated that the country is morally obligated to be the largest producer of stevia, as this plant is native to Paraguay.”