Studies show there is an increasing global demand for organic imports in developed countries and that ethical arguments may be the best way to distinguish products in this expanding marketplace. 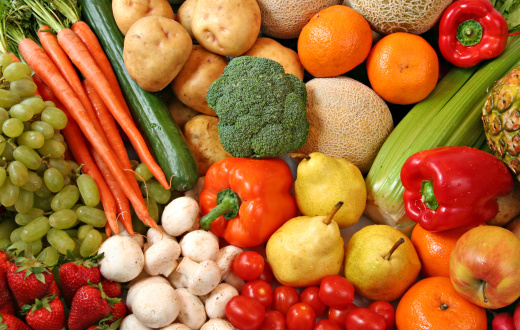 According to a 2012 study by Germany’s University of Kassel, there exists “substantial potential for product differentiation in the organic sector through making use of production standards that exceed existing minimum regulations.” With the previous decade’s rapid growth in world organic food sales projected to continue in coming years, producers in LAC may be able to use these findings to increase competitively in foreign markets.

Growing market and growing expectations
Transparency Market Research projects the global market for organic food will grow to $104.7 billion in 2015, from $57.5 billion in 2010. The agency reports that Europe currently holds the largest market share with revenue of $28 billion while organic earnings in North America and the rest of the world are expected to grow at a compound annual growth rates of 12% and 16.5% respectively.

As ethical consumerism continues to grow worldwide, ethical consumers are becoming more demanding in their concerns over conditions surrounding the production of organic foods.

Ethical concerns of organic consumers
The study suggests that consumers place a high value on traceability, as they were increasingly unhappy with “anonymous, homogenous organic food products” produced under potentially dubious social conditions. Transparency surrounding the diverse productive and social circumstances under which products are produced were important to participants. The following table highlights the distribution of importance for ethical attributes associates with organic production that are not mandatory for minimum certification.

While these findings may demonstrate a strong preference for local production (21.2% relevance) across all countries, the results exhibit a number of other areas where producers in LAC may possess cumulative advantages in the organic market, most notably in fair prices for farmers (13.8%), social criteria of production (7.8%), biodiversity (7.3%) and cultural features (7.0%).

Fact based over emotive labeling
Intensive discussion with focus groups revealed a strong aversion to labeling aimed at eliciting an emotional reaction from consumers, who instead favored concise factual statements. Emotional usage of the phrase “fair price” in reference to European products drew particular disdain given its approximation to vocabulary associated with the international fairtrade movement. Participants deemed this usage inappropriate, perceiving the circumstances of farmers in the developing world as distinctly different and incomparable to that of European farmers. This sentiment is a potential market advantage for LAC organic producers.

Looking forward
The Renewable Agriculture and Food Systems Journal conducted the ﬁrst examination of imports of organic products into the USA in mid 2012 and affirms that the majority of organic sales are made in the USA and Europe. The report also cites expansion of support for organic practices in developing countries by foreign aid and international organizations that has taken place in recent years. As the organic market continues to globalize and becomes more competitive, producers in LAC can use these findings regarding ethical arguments to further differentiate their products on foreign shelves.