Learn about the "domino effect” of the Panama Canal expansion 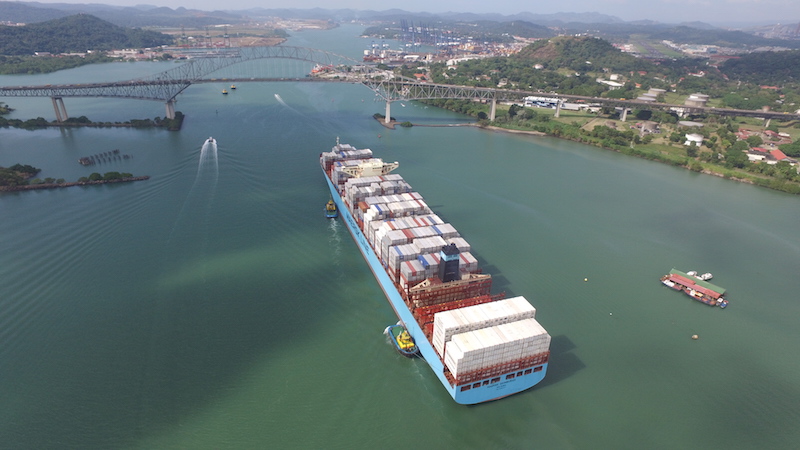 A third line of traffic was added allowing for ships of up to 14,000 containers to pass, compared to the former capacity of 5,000 containers

The expansion of the Panama Canal, inaugurated this past June 26 following 9 years of work and 5.4 billion dollars in investment, has almost tripled its capacity; and it is expected to double its revenues as a long-term trade enabler in the region. According to data provided by the Maersk Group, before the works took place it was already one of the most important waterways in the world serving 12,000 vessels per year, connecting 144 maritime routes and 160 countries.

“The expanded Panama Canal will have a beneficial domino effect across the region since it will be a key route for trade with Asia and Europe. Panama consolidates itself as the ultimate logistics hub and one of the main points of international trade, " said Luis Alberto Moreno, President of the Inter-American Development Bank (IDB), one of the entities that participated in the financing and that also supports the modernization of ports in the region. Moreno explained that the new cargo volumes will multiply across the American continent and generate profound changes in the logistics chain.

A report prepared by the Maersk Group affirms that the Panama Canal expansion will provide scale economies with improved transit times and lower maritime transportation costs. It will also alter trade routes, where the greatest benefit is expected to be seen on the West Coast of Latin America, as the canal is a strategic route for trade with Europe and Asia, and many ports in this region have already made the necessary investments in infrastructure. This site compares the differences in draft, width and length between the old locks and the new locks of the Panama Canal.

Products and areas that will benefit the most

The expansion represents the largest project in the Canal since its construction 102 years ago. Its course, 74 kilometers long, enables maritime traffic between the Pacific Ocean and the Caribbean Sea, saving up to 8,000 kilometers from Ecuador to Europe through Panama, compared to the journey from the southern tip of South America through Cape Horn, which is only navigable during five months of the year due to climatic reasons.

This means, for example, that bananas from Ecuador can reach consumer markets in Europe and Asia quicker than ever before. Fruit, fish and refrigerated products from across Latin America require special treatment to preserve their state during travel. The expanded canal – together with evolving technology in temperature-controlled containers – offers better opportunities for these exports and ensures their quality when reaching new markets.

José Barbero, Dean of the Transportation Institute of the National University of San Martin, Argentina, points out that liquefied gas exports departing from the Gulf of Mexico or Trinidad and Tobago towards South America, for example, can now circulate easier and with lower freight costs. “The Panama Canal expansion is the crystallization of a trend affecting the waterways and the entire port system in the world, which is the need for larger vessels in order to achieve scale economies”, said Barbero.

And precisely because larger vessels are traveling these routes is that the region’s ports must adapt with new infrastructure to be able to receive them: from locks to draft, to the size of the cranes, berthing sites and access to ports, among other improvements. The American Association of Port Authorities estimates that the United States will invest approximately US$ 155 billion towards these ends. South American ports are also in the race to expand.

Global trade is at its lowest point in decades, whereby the full benefits of the Panama Canal expansion will not be seen until the demand hikes. However, the project has driven long required investments in infrastructure in the Americas, so whenever trade improves the continent will be ready to manage it.

The expansion is expected to gain a 10% share of the container traffic between Asia and the United States from the ports of the West Coast of this country to the East Coast by 2020, according to a recent report by the Boston Consulting Group and the supply chain management firm C.H. Robinson Worldwide Inc.

Additionally, according to Enrique García, President and Chief Executive Officer of the Development Bank of Latin America (CAF), the high logistics costs borne by countries in the region will go down, “which currently stand between 18% and 35% of the value of the products; it will have a direct impact on international trade and on the cost of living for the population, especially on that part which is living in remote and isolated areas.”