Latin America and the Caribbean gain IT market share

SMEs in Latin America and the Caribbean offer a wide range of benefits in connection with the outsourcing of information technologies or ITO, mainly due to geographical proximity, skilled human capital and cultural affinity. The global ITO market reached U$ 288 billion in 2013 and will continue to grow at least until 2017. 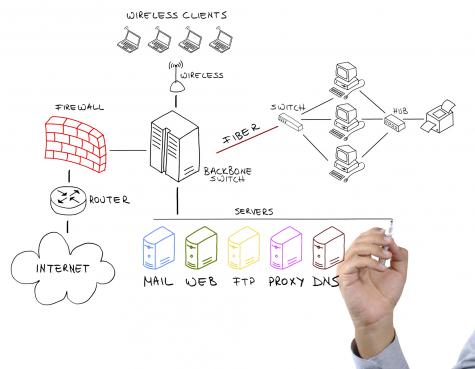 For companies that were pioneers in the practice of outsourcing IT (Information Technology) functions, distance wasn’t considered an obstacle for lowering costs; hence they resorted to remote destinations such as China and India to outsource these processes. However, after the last financial recession in the U.S. and Europe many companies had to tighten their budgets, seeking lower risk outsourcing solutions closer to the head office.

According to a publication by Everis, Information Technology Outsourcing (ITO), includes management, customer services, hardware infrastructure provision, management of all (integral) or part (selective) of the information systems and application or software development that support the business processes of a client.

American companies cover the majority of markets that demand these types of services, followed by Europe

This method enables companies to focus on technological services that provide more value to the business, resulting in more efficient operations and enhanced sector performance. According to KPMG, U.S. companies cover the majority of the market demanding these types of services, followed by Europe.

The value of ITO

A report by the consulting firm Gartner affirms that the global IT outsourcing market reached U$288 billion in 2013. This represents an increase of 2. 6% or 7 billion dollars compared to the previous year. The same report estimates that the market will record an average annual growth rate of 5.4% between 2014 and 2017. Likewise, it reveals that the regions that are recording the highest growth levels are Asia and Latin America, with an estimated increase of 13% for 2014.

The report specifies that one of the ITO services that projects significant long-term potential is the provision of physical space in datacenters called white space. A greater increase is also being registered in connection with the use of datacenter space in the Latin American region than in many western countries.

Gartner considers that this trend is related to an increase in the demand for cloud services, which requires companies to have a greater data storage capacity in the datacenters. Likewise, for security purposes and to mitigate natural disaster risks, among other factors, many companies wish to have datacenters in different geographical areas in order to distribute the risk and to be equipped with reliable infrastructure.

Likewise, the increase in outsourcing IT infrastructure services will be fueled by the use of mobile devices and cloud technologies in business and personal environments. According to the firm’s projections, this trend is just beginning and shows no signs of stopping. This will lead to an increase in the demand of outsourcing the development of software and applications designed for mobile devices, tablets and cloud platforms.

Although it is true that hiring an ally expert in business processes implies initial implementation costs, organizations end up considering outsourcing as a strategic investment over the medium and long term that generates cost and risk reduction due to the optimization, efficiency and technology that this ITO can provide.

Comparative advantages in the region

While India and China can offer more competitive labor costs, they also have some significant disadvantages. Both destinations are at a considerable greater distance to the United States than Latin America and the Caribbean. Also, many countries in the region are within the same time zones or at few hours’ difference from the United States. Another factor is that customs and cultural values are more aligned between the United States, Europe and the region than the Asian countries.

A KPMG report affirms that given that Spanish, after English, is the most spoken language in the United States, with a Hispanic population of over 45 million inhabitants, many clients prefer to outsource services to suppliers that have bilingual employees (Spanish and English speakers). U.S. companies positively consider Latin America as a destination for outsourcing, mainly due to costs and time zone proximity, calling the term “nearshore”, implying proximity, as opposed to “offshoring”, relating more to faraway destinations, such as India.

Another factor contributing to the increase in ITO towards the region is that many companies from the South of Europe that have not yet recovered from the economic crisis have had to reduce their personnel and adjust their budgets. The availability of trained staff in several European languages, the affinity and cultural ties and the competitive labor costs, make it an especially attractive destination.