How to obtain organic certification

Organic agriculture is a production system that tries to maximize the use of natural resources, with special emphasis on the fertility of soils and biological activity, while minimizing the use of non-renewable resources, fertilizers and synthetic pesticides to protect human health and the environment. 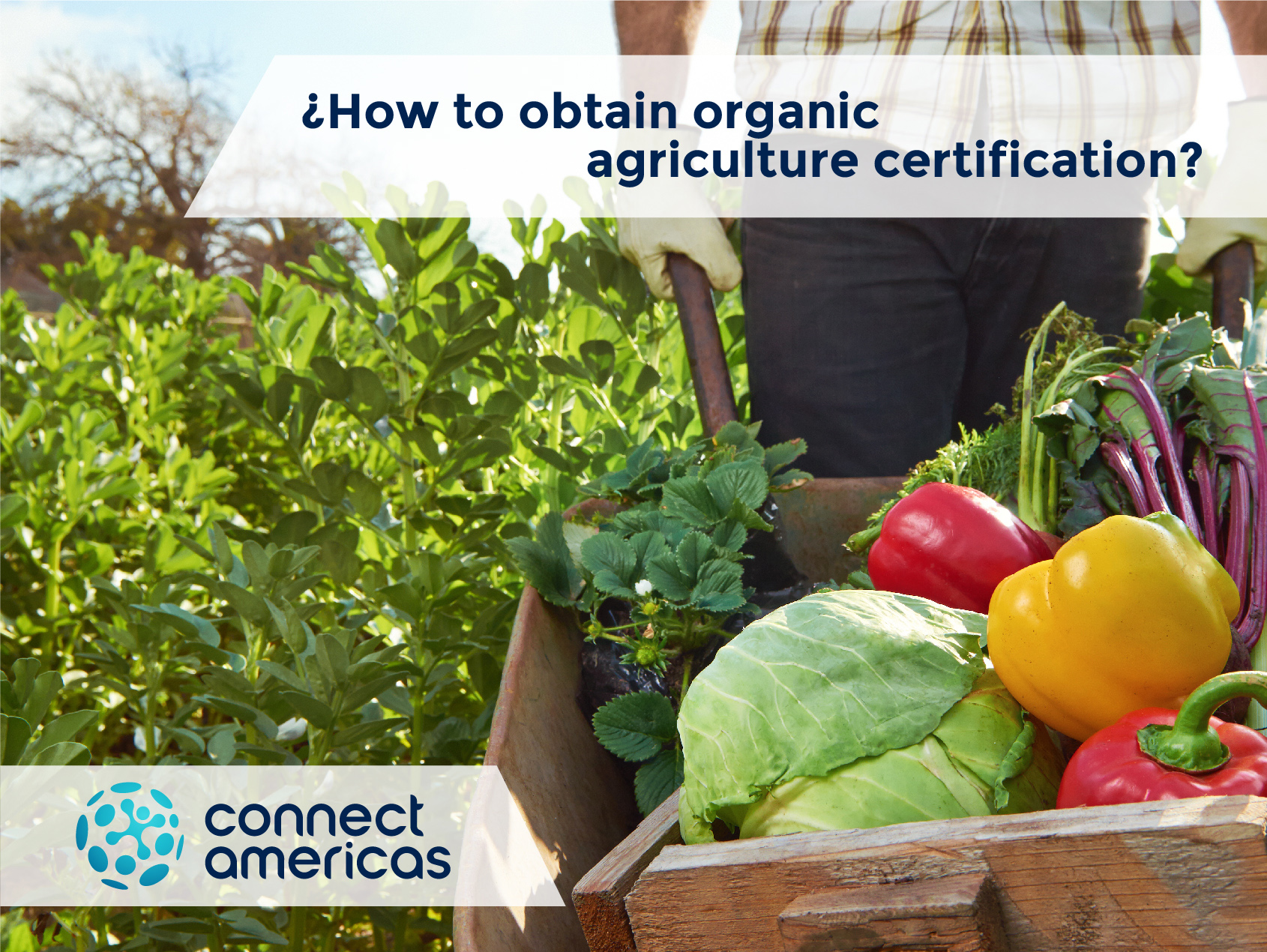 Obtaining organic certification for a product is a means of highlighting its qualities in the market to achieve a greater compensation. “Slightly over 30 million hectares are used for organic production worldwide, according to recent data provided by FAO. Australia is leading the way with almost 12 million hectares, followed by Europe with over 7 and Latin America with almost 5,” reveals Pedro Morazán, an economist from the SÜDWIND Institute for Economics and Ecumenism of Germany, in an article published by Deutsche Welle.

FAO reveals that the main destinations for organic products are North America, Europe and Japan

What are the main requirements?

The Food and Agriculture Organization of the United Nations (FAO) reveals that there are specific requirements for certifying the organic production of most crops, animals, fish breeding, bee-keeping, forestry and wild harvest.

One of the main requirements for producers is related with the so-called transition period of the farm: the producer must use organic production methods typically from 2 to 3 years before it can stamp the organic label on the product.

Other factors that are taken into account according to FAO include the selection of seeds and planting material; plant enhancement methods; soil fertility management practices and recycling of organic materials; planting methods; water conservation; and pest, disease and weed control. Alimentación Sana further informs that criteria have also been established on the use of organic fertilizers and input for controlling pests and illnesses.

In connection with animal production, requirements have typically been laid down regarding animal health, diet, reproduction, living conditions, transportation and slaughter procedures.

How is organic certification obtained?

According to FAO, “Organic standards are mainly developed by private certifying agencies, but many countries have defined national standards.” For example, the government of Costa Rica has established its own set of rules and certifications to support the organic agricultural sector.

Likewise, in countries such as the United States, Japan and those in Europe , national standards have been laid out and producers wishing to export to these markets are compelled to comply with the organic labeling requirements of the importing countries.

The selection of the certification agency is very important: it must be officially recognized by the importing country. Generally, national certification agencies are less expensive than international agencies, but may not be so well known in some foreign markets.

FAO reports that the farm’s transition period to obtain organic certification is sometimes very expensive for the producer since the product is sold at its conventional price for 2 to 3 years, while it has to comply with the organic production principles. This means that at first there is an increase in production costs and a decrease in productivity.

However, producers must consider certification as an investment that will open doors to more lucrative markets. In order to lower certification costs, producers can form groups and share an internal control system. In this regard, working together and maintaining trust is essential since a successful shared system will depend on cooperation and teamwork.

Despite the growing demand for organic products in the Latin American and Caribbean regional markets, FAO reveals that the main destinations of organic products are North America, Europe and Japan. At first, organic agriculture was especially attractive among small producers, but with the growing market, some big players started to produce organically. This has led to increasing competitive pressure on product prices and quality.

Most organic products obtain higher prices than conventional products. Although it is difficult to generalize, this price difference is expected to diminish in the future as the production of certain organic goods will begin to increase.