How can SMEs benefit from litigating before the WTO?

Dispute settlement mechanisms before the WTO only allow members of the Organization, and not private parties, to bring actions for breach of international trade regulations. However, SMEs in developing countries can benefit from their governments’ actions in this regard. 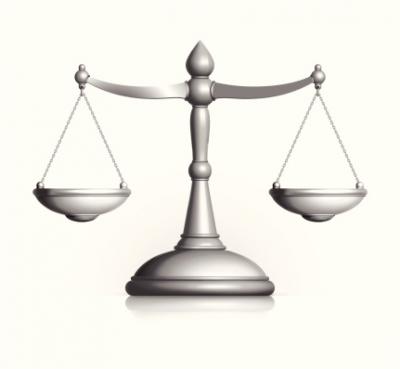 According to its website, the World Trade Organization (WTO) “is the only global international organization dealing with the rules of trade between nations.” To guarantee compliance with these rules, the WTO has, among other tools, a "quasi-judicial” procedure where a State can file a claim against another if it understands that the latter is violating the Organization’s rules. In contrast with what occurs in investment treaties, companies do not have the possibility of filing a claim directly against a country but rather it is the government that must litigate before the WTO.

Hiroko Yamane, a professor at Ritsumeikan University, explains that often private parties (especially in the United States and in the European Union) “convince their governments to act on their behalf to bring a case on trade barriers before the WTO’s dispute settlement mechanism.” SMEs (small and medium-sized companies) in developing countries, in particular, have a lot to gain with this type of procedure.

Christina Davis, professor at the University of Princeton, conducted a comparative study on two cases where a major economic power (the European Union in one case and the United States in the other) applied harmful measures on products from a developing country that tried to revert these measures (Peru and Vietnam, respectively.) In one case, the developing country was a member of the WTO and used its dispute settlement mechanism to accomplish a change in the covenants obstructing trade between the two countries. However, in the other case, since the developing country was not a member of the WTO it had no other choice but to try to put political pressure on the developed country to allow the free trade of its products but it did not succeed.

The first case analyzed by Davis in her articles is that of the Peruvian sardines. Producers from this country had developed a market niche in Germany for their “Pacific Sardines”, as advertised on their labels. In 1999, the European Commission decided to apply former regulations that prohibited the use of the name “sardines” (Sardinops sagax sagax) for the species fished in Peru since this was a different variety from the one inhabiting the Atlantic Ocean and the Mediterranean Sea (Sardina pilchardus Walbaum). Hence, European buyers would find the Peruvian fish on the shelves marketed as “sprat”, while the European species maintained the traditional and attractive name of “sardine”. Peru considered this “simply as a European covered-attempt to protect its local fishermen.”

Following efforts to resolve the dispute by means of bilateral negotiations, Peru decided to bring the case before the WTO. Davis explains that “Peru had a solid legal basis for its complaint,” since several international technical instruments defined the Peruvian species as “sardines.”

In May 2002, a WTO panel published its decision finding the European regulations contrary to several rules of the Organization. The decision was appealed and the Appeal Body confirmed its former decision. Finally, the European Commission accepted the decision and allowed the product to carry the label “Pacific Sardines” but that it should also include its scientific name.

Davis concludes that after a long procedure, “Peru was able to win an important case and force the European Community to abide by the rules. This case serves as an example for other developing countries in obtaining a fair trial and achieving a satisfactory result.”

The second example analyzed by Davis is in regard to Vietnamese catfish. The Asian country – which to the publication of this article was not a member of the WTO – entered into a free trade agreement with the United States in the year 2000 that included similar clauses to those stipulated in WTO agreements. “The tariff reduction achieved through the Treaty and the growth of a promising industry in Vietnam,” explains Davis “caused a surge of Vietnamese catfish in the U.S. market – increasing from 5 million pounds of frozen fish in 1999 to 34 million pounds in 2002, capturing 20 percent of the American market.”

This impact caused a reaction among local catfish producers, who demanded measures to protect their production. In 2002, The U.S. Congress passed a law prohibiting the labeling of “catfish” to any other variety that was not of the Ictaluridae type (which inhabits U.S. waters), in spite of the fact that “the database of the International Center for Living Aquatic Resources with the support of the Food and Agriculture Organization of the United Nations lists 700 fish species within the “catfish” category. Since then, consumers will find this Vietnamese fish in U.S. aisles under the label “basa” or “panga”.

“In contrast with Peru, Vietnam could not bring a claim before the WTO as a neutral source for determining what was to be called “catfish”. Without any other option but to accept the measure, Vietnamese exporters started to label their products basa or panga,” affirms Davis.