How to avoid letting traceability become an export barrier

Strict requirements sucha as those set by the United States through the Bioterrorism Act and food traceability legislation set by European Union have changed the scenario for small and medium-sized producers wishing to export. However, there are opportunities behind these new regulations. 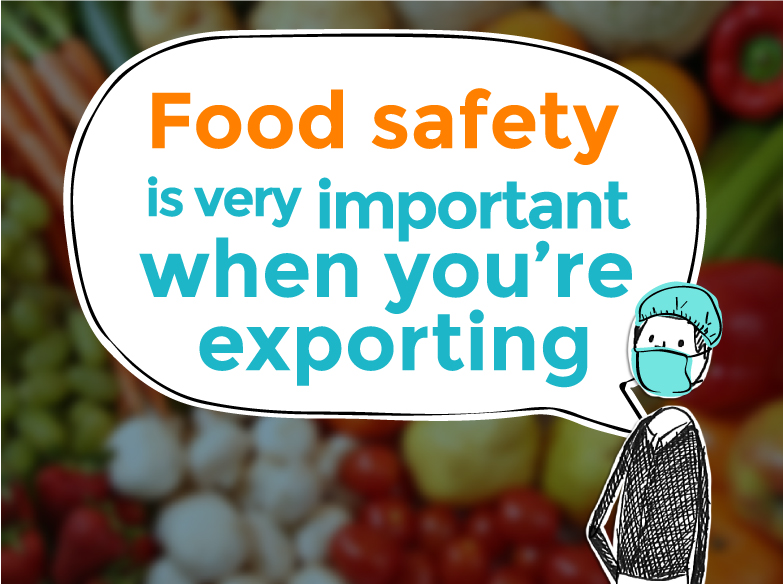 In the past, traceability along the agricultural chain was a way of adding value to the product. But once these new rules and regulations entered into effect, it was no longer a competitive advantage but became an entry barrier to the major markets. According to Telefónica, “traceability is a set of actions, measures and technical procedures that allow both from a quantity and quality standpoint, to identify and register each product from origin to end of the marketing chain.”

These measures appeared in 2005 as a result of the “mad-cow”, foot-and-mouth diseases and terrorist acts

Since 2005, the main export markets, especially the European Union (EU), enforce strict traceability regulations that allow actors in the supply chain to efficiently and unequivocally compile information and reconstruct the history of a specific product in a short period of time.

This way it is possible to rapidly identify and avoid the spread of illnesses due to contaminated products, bacteria or other harmful elements for human consumption.

For the time being, these measures only regulate the agri-food market. They mainly appeared due to the crisis generated by meat infected with “mad cow disease” that caused several deaths in Europe, the global problem with foot-and-mouth disease, and the fear of a possible bioterrorist attack following 9/11 in the United States.

These new requirements enable precise monitoring of the production process, from planting until the food reaches supermarket shelves. This not only improves consumer safety but also benefits all members of the chain through enhanced management.

The Farm to Fork (F2F) project is a European Union initiative together with university institutions and research centers intended to substantiate the feasibility of a food traceability model that can be used by small and medium-sized enterprises (SMEs), based on radio-frequency identification technology (RFID).

According to the F2F website, RFID is a data storage and recovery system through the use of special tags. The main objective is to transmit the identity of an object (similar to a unique serial number) through radio waves for purposes of keeping a register of relevant data throughout the supply chain.

To date, these technologies were mainly used by large companies and where not accessible for SMEs due to their high cost. However, through this pilot initiative, open code applications have been developed by universities and research centers and made available to SMEs, facilitating the implementation of traceability.

GS1 Perú indicates that another way in which SMEs can tunnel through the cost barrier is to partner with other companies with similar features or in the same production chain to implement traceability systems. This option enables splitting costs and renders the use of these technologies feasible. It is also advisable to gather information on available government support, typically through export promotion agencies.

The F2F website describes the main benefits of traceability for producers: