Prepare yourself for lively discussions highlighting the dynamism of offshoring and outsourcing in an era of technological change. This second edition Global Services News Roundup focuses on the topics that will be explored in depth at this year’s Outsource2LAC conference, coming November 11-13 in Guadalajara, Mexico. Around 600 suppliers and buyers of global services will be attending the event, which is a great opportunity for companies to establish valuable business contacts. Watch video testimonies of businesspeople from the global services sector who discuss the successful deals they’ve reached in events such as Outsource2LAC and on the ConnectAmericas.com platform. 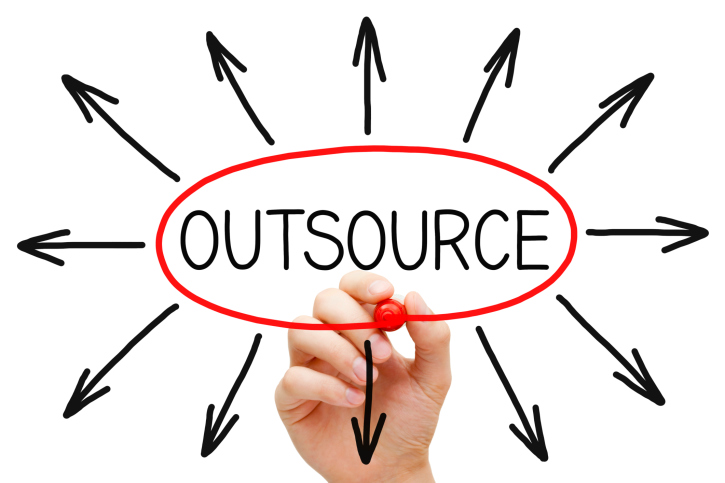 The IDB’s Institute for the Integration of Latin America and the Caribbean (INTAL) is celebrating its 50th anniversary with special events and publications around the theme of trade in the era of disruptive technologies. Its latest report demonstrates how big data is contributing to increases in productivity, and focuses on the barriers the LAC region must overcome to achieve its potential, including human capital, technological infrastructure, and knowledge dissemination.

NASSCOM’s rebranding effort from business process outsourcing (BPO) to business process management (BPM), according to Datamark, is an effort to reflect the transformation of India’s outsourcing industry, which now features high-skilled talent and new technology. It seems the terminology is evolving as dynamically as the industry itself; Datamark is helping to clarify the industry’s many terms and acronyms with its Top 10 Business Process Outsourcing Terms infographic, as well as a more comprehensive BPO Glossary.

IT services companies must implement DevOps – a disruptive, agile methodology with which IT developers are able to offer continuous updates – according to Everest Group CEO Peter Bendor-Samuel.

Adapting to the age of automation

CIO argues that business process automation (BPA) is a current reality that is here to stay. As numerous BPO deals expire over the next few years, the new BPA contracts that replace them will have implications for organizational change management, increased scalability, and an increasing emphasis on quality (over cost) as a measure of outsourcing success.

The IAOP’s European Outsourcing Summit, 18-20 October in Frankfurt, Germany, features a keynote address by Leslie P. Willcocks, Professor at the London School of Economics, on Automation and the Future of Outsourcing.  Professor Willcocks argues that “automation is integral to transitioning outsourcing practices to higher levels of performance.”

The growing link between goods and services

This year’s International IT-BPM Summit, hosted by the Information Technology and Business Process Association of the Philippines (IBPAP) on October 5-6, featured a presentation and panel discussion on the internet of things (IoT). Manila’s International Business Times highlights the potential of IoT as a component of the Philippines' emergence in the SMAC (social, mobility, analytics, and cloud) segment. Products will soon be able to gather massive data that can be used to improve business decision-making, highlighting the future interconnectivity of business analytic services and the market for goods.

While IoT innovation has so far focused on software as a service (SaaS), Everest believes it also has the potential to really push the envelope on the sharing economy. There is opportunity, for example, for subscription models in healthcare to offer data processing as a service for small labs that cannot individually own expensive equipment for analysis.

Security: the cost of compliance

Gartner predicts that IT companies will spend up to 30% of their budget on risk, security, and compliance by 2017, as reported in Network World.

Gartner also offers a guide for writing company security policy (free download with registration). They recommend engaging multiple business units in its development, establishing a process for ongoing policy maintenance, writing for an international audience, and using scenario testing to ensure its pragmatism.

Rankings… or, does location matter anymore?

AT Kearney’s Global Services Location Index authors, in their insights and discussion blog, offer varying interpretations of the implications of their latest data on future global competition. Paul Laudicina envisages that technological advances will make location less relevant to outsourcing decisions, and expects that will challenge the sector’s current market leader countries. Meanwhile, Nikolai Dobberstein predicts India’s continued preeminence. Arjun Sethi argues that location matters in the near to medium term, but as automation takes off, it will be unimportant in the long term. Expect to see “No Location” scored against countries in the Index’s next edition.

IBM and HP continue their reign as market leaders. The two multinationals top the HfS IT Services Top Ten Providers ranking for 2015 (full report download available with registration), and also received the highest scores for customer loyalty among global IT service providers in a recent analysis by the Temkin Group.

The Global Services News Roundup is compiled by Caroline Levington, Trade and Investment Consultant at the IDB. Suggested content for the next addition may be sent to caroline@connectamericas.com