Over the past ten years, there has been an impressive growth in services and services trade in Latin America and the Caribbean, with IT-enabled services growing by an average of 25% annually. Finishing schools are emerging as a tool for public and private partners to overcome limitations in the sector’s skilled labor pool. 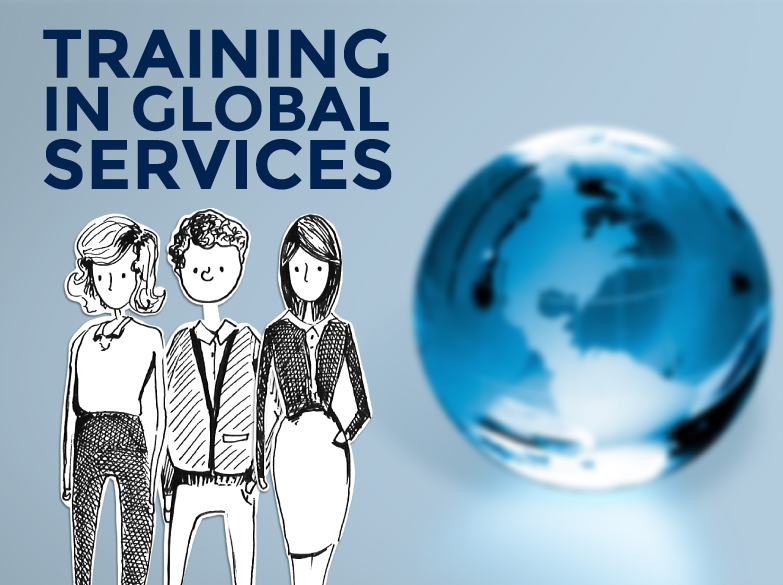 According to the United Nations Conference on Trade and Development (UNCTAD), total exports in the global services industry reached US$ 160 billion for the region in 2012. Despite impressive growth in recent years, the region faces a challenge in integrating existing human capital into the outsourcing industry. Some countries have begun addressing the issue through training programs, or finishing schools, which seek to inject the labor pool with in-demand technical and English language skills critical to attracting investment and creating jobs.

In an interview with Tholons, Fabrizio Opertti, Chief of the Integration and Trade Sector of the Inter-American Development Bank (IDB), explains that programs are frequently co-financed by an investing firm and a public agency responsible for regulation and monitoring. Typically, students will pay a low symbolic tuition fee to participate and may come from high school, college or be adults looking to enter the services sector.

The firm is usually developed with or by the investing firm who often commits to hiring a number of qualified students upon completion of the program. According to the IDB representative, curricula are designed cooperatively between the school and these companies, thus responding to “specific needs of the industry, ensuring adaptability to the dynamic and evolving needs of the global market.”

Uruguay’s investment promotion agency, Uruguay XXI, has introduced the finishing schools initiative as part of its broader Program to Support Global Export Services which aims to boost employment, exportation, and foreign direct investment in the global services sector. The IDB financed training program provides firms up to 70% in subsidies for the development of customized courses in languages and sector required skills.

A senior Uruguay XXI official, Alejandro Ferrari, confirmed that over six companies have signed up for the program in an April 2013 article by Global Delivery Report, noting an 85% share of the nation’s service sector revenues coming from IT-related services. The finishing schools program is accompanied by an integrated national capacities register, fully equipped with trained maintenance staff and the appropriate technology. Opertti highlights the register’s value for both current and potential investors who will have access to vital data on the national pool of workers formally trained for the global service sector.

The IDB has also extended Colombia a loan for US$ 12 million to help promote the development of its nascent outsourcing services industry. While currently accounting for 13% of total service exports, Nearshore Americas reports that the sector generates US$ 640 million in annual revenues with foreign multinationals such as Siemens, Citigroup, Hewlett Packard and Kimberly Clark already operating captive units or delivery centers in the country.

In its effort to increase the attractiveness of its investment climate, the Colombian government has partnered with universities and the private sector in crafting a curriculum that allows students to acquire both the technical knowledge and English language skills the industry demands. Officials believe this approach will help small and medium-sized enterprises increase the value of their service and boost exports from 15.5% to 21.6%.

The capital city’s investment promotion agency, Invest in Bogota, is an initiative between the Chamber of Commerce of Bogota and the City Government. The agency has developed Talk to the World (T2W), an English language training and certification program that has qualified over 12,000 people in B2 or higher levels according to the Common European Framework of Reference for Languages (CEFR).

Since launching in 2008, the funded endeavor has targeted low-income working age citizens with a focus emphasis on conversation skills. A 2012 satisfaction survey revealed that 85% of program beneficiaries rating the program between 8 and 10 -on a 10 point scale- with 90% affirming that they would recommend the sequence. That same year, the curriculum shifted towards an emphasis on business English and adoption of the BULATS (Business Language Testing Service) international certification.

Public-Private Partnerships as a catalyst for growth

“These training programs have been crucial in the development of the services offshoring sectors in countries like India and the Philippines, and have yielded great results”, states Opertti. Public-Private Partnerships (PPP) such as those being supported by the IDB in Colombia and Uruguay demonstrate the role of finishing schools as a motor for enabling labor forces to stimulate investment in the regions services sector.