The role of the entrepreneur is changing. They are no longer the garage-dwelling dreamers that have been frowned upon by notions of economic security, but the online driving force in a moving society and economy. 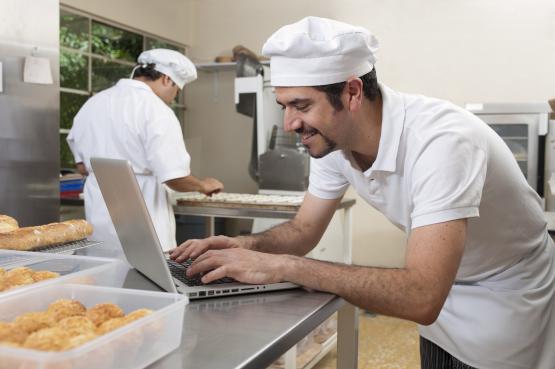 Declaring the desire to be an entrepreneur is being heard very differently than before. Although never reaching the status of a ‘sure thing’, it is becoming the career of choice for people leaving university. In the ‘old days’ becoming an entrepreneur was tough. First, one had to have an idea, the next big thing, the new rage, and then had to find the funding, usually from skeptical friends and old relatives. There were years of painstaking, dogged, work before ever considering the idea of a profit.

Times were unsure, but the few that did make it, made it big. Nowadays, the Internet has given an inexpensive platform for anyone with an idea to start a type of business.

Inspired by natural ecosystems, Internet (or digital) ecosystems are networks of websites that create a type of environment from which a particular industry thrives on. Websites, people, topics, stakeholders, partners, competitors, and bloggers all form a neighborhood around a company that can make, or break it.

Entrepreneurs are using the Internet as a cheap place to get their startups underway. Websites and blogs have started some of the biggest companies to date. The likes of Facebook and Tumblr has given hope to anyone that may have something to say about anything. Companies and individuals, not in the social network business, can use these sites to reach their target demographic for little to no cost, either to market themselves or a product. In an article published by the Technology Management Review, Gordon Quinn explains that “a $1M online brand-building campaign might cost $20-30M in traditional media advertising to reach the same number of right people."

The combined online population of Facebook and Twitter alone outnumbers that of the entire USA. With that much exposure companies are often getting free publicity that would have otherwise cost them millions in market research and television spots. In the last two years the amount of marketers who have proclaimed Facebook to be crucial to their business has increased 83%. While marketing on newspapers, radio, magazines, and television is in steady decline, online marketing has grown significantly, comprising over 18% of the advertising market in 2013.

The bittersweet aspect of this ease, when it comes to starting a company and reaching the target demographic, is the understanding that because entrepreneurs seek a gap in the market between the wants and needs of potential customers, the product is constantly at risk. In a day when vast funds were needed to execute a project, potential competitors would have hardly caused a ripple, but now companies are showing up and replacing their predecessors. A classic example is Myspace and Facebook.

However, on a global scale, the employment, money injection in the economy, and overall happiness created by the constant flow of new goods and services makes the continuous tweak of an already existing product okay, right?

The interesting aspect of online entrepreneurship is the degree to which slight changes in a product can cause a shift in consumer retention. Many of these products rely on the sub-culture it creates. The social network of choice, along with the apps one downloads for it, added with the preferred video uploading platform, jumbled with the filters chosen for the photographs taken, all form a personal identity.

Depending on which video-streaming site used, it will influence the choice to allow oneself to be, or not be, a certain type of citizen. Vimeo and Youtube, in essence, offer the same service. What makes them different is not what the product is, but what the consumer has used the product for.

Chinmoy, Kumar. What is the role of an entrepreneur in Economic Development? Preserve Articles. 2012.

Gordon, Quinn. The Expanding role of entrepreneurs in the Creation and Development of Internet Ecosystems. Technology Innovation Management Review, Ottawa, CAN. 2009.

Christian, Sankar. What is an Online Ecosystem? Ecosystem Watch. 2008.