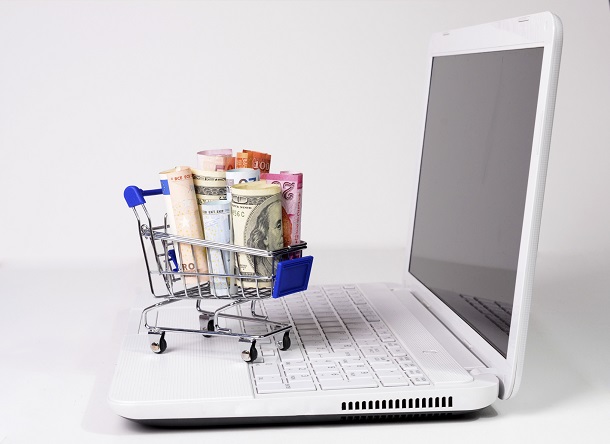 For many consumers, spotting a shoe they want in a magazine, on a billboard or somebody’s feet can be exciting. But each step to buying a pair, from driving to the store to finding parking and the right size in stock, and then waiting to pay, can be a drag.

Enter Netshoes, an online sporting goods store. The São Paulo-based company launched a shoe-finding app in 2013 that enables users to snap a photo of shoes on a smartphone. The app locates the exact shoes and allows the user to buy a pair for shipping home with just one click.

This is the latest technology to hit Latin America as online retailers compete in a swelling e-commerce market against old-fashioned local and foreign retailers.

Adding new apps and beefing up technology “helps to generate acquisition traffic and more reengagement,” said Nico Berman, a partner at Kaszek Ventures, a venture capital firm with stakes in e-commerce sites in Latin America including Netshoes, comparison-shopping engine ComparaOnline and food ordering service PedidosYa. “When you see that the service is better and has better applications, you go back.”

This is reason enough for merchants to invest in e-commerce technology. Online sales are growing robustly as broadband connections spread, the middle class grows and more customers opt for easier shopping, lower prices and wider product selection than can be crammed into a shop.

Forrester Research estimates that online retail revenues in Argentina, Brazil and Mexico – the three largest markets in the region – will more than double from almost $20 billion in 2013 to $47 billion in 2018.

Competition is growing as steadily. Online retailers like MercadoLibre took the plunge first in the late 1990s. But the pace picked up in the late 2000s with the entry of traditional retailers, helping to bolster consumer confidence in shopping online.

Forrester Research estimates that online retail revenues in Argentina, Brazil and Mexico will more than double from almost $20 billion in 2013 to $47 billion in 2018

The fastest growth has been in Brazil, where leading retailers like Lojas Americanas have become fixtures. “Brazil’s traditional retailers realized early on that e-commerce was going to be a significant opportunity,” said Zia Wigder of Forrester Research. They rolled out platforms and gained market share even as global players held out of Latin America – or pulled out. French retailer Carrefour closed its online operations after a brief effort in Brazil. U.S.-based Amazon so far only sells e-books and apps in much of the region.

Others like the U.S. companies Staples and Wal-Mart are making a splash. “We see an enormous opportunity in Latin America,” said Juan Carlos García, vice president of e-commerce for Wal-Mart in Mexico and Central America.

A number of trends are emerging for turning this opportunity into revenue. Retailers are designing easy-to-use shopping platforms and mobile commerce apps and offering reliable delivery to enhance customer shopping comfort, confidence and loyalty. Retailers even show videos of models wearing an outfit.

“Many tools can be created to make it easier for clients to shop and to increase shopping frequency,” said Gonzalo Santander, director of retail, e-commerce and merchandising in Argentina and Brazil for office supply retailer Staples.

These tools include offering plentiful product information and displaying merchandise at checkout to remind customers of the paper or printer ink they may need. Staples allows customers to store shopping lists on the site for easier refills. The efforts have helped boost the online percentage of total sales in Argentina to 85 percent in 2013 from seven percent in 2005 even with new store openings. “We expect to triple our e-commerce sales” in 2014, Santander said.

Wal-Mart is taking similar steps in Mexico. It has assembled 60 programmers to work on improvements to its platform, and it has beefed up customer service, built a 216,000-square feet distribution center and rolled out exclusive online offers for imported bedding, patio furniture, toys and other items.

The latest push is to tap a fast-expanding platform of mobile devices. A year after launching its first mobile e-commerce app, mobile sales now account for 40 percent of total e-commerce sales for Wal-Mart in Mexico, García said. Next comes game consoles and TVs. “Consumers are all the time more connected, and if they connect to videogames, we want to be there as well,” García said.

Many of these advances come from employing the best practices of global leaders. These run from in-store returns, allowing customers to filter products by different attributes, making it easy to quickly navigate to discounted items, offering multiple product images and a magnifying glass function for close-up views.

“Consumers want to save money, save time and find a broader inventory,” said José Fernández da Ponte, head of PayPal South America (except Brazil). “The best payment technology is the one that is invisible.”

In 2013, PayPal introduced its Beacon service at a Suplicy Cafés Especiais coffee shop in São Paulo. The Bluetooth low-energy device connects to a customer’s PayPal app when they enter a store and lets them know they are checked in. Have a coffee, say you’re paying by PayPal and the transaction is automatically completed with a receipt sent by email.

Fernández said merchants also are turning to e-commerce and online payment methods to sell outside their domestic market via eBay and other marketplaces. Brazil may be big enough for companies to sustain growth, but the rest of the countries “lack scale to justify the investments in state-of-the art platform,” he said. “Success will depend on having a multi-country platform.”

The opportunity is vast. Estimates suggest that the global cross-border market will reach $100 billion in 2015, or three-times larger than the domestic Latin American market, said Fernández.

In Brazil, Buscapé is taking steps to lure merchants to list more products and services on its comparison-shopping service, for which it takes a commission on referrals and sales.

The company, controlled by Naspers, South Africa’s largest media group, traditionally took a commission on customer clicks to compare services. Now it offers merchants the option to pay a larger fee based only on completed sales. “With this model, the merchant can display their entire portfolio of products, not just a few products,” said Pedro Guasti, Buscapé's vice president of marketing intelligence.

The company also allows merchants to target ads and emails to customers based on their searches on Buscapé. This has boosted sales by 10 percent for merchants in terms of per-customer spending, Guasti said.

There are challenges for e-commerce growth. Credit card use and broadband connections remain limited, mobile data plans can be expensive, especially in Brazil, and mobile network speeds can be too slow for transactions.

And some market-building practices are cutting profit potential. Online retailers in Brazil, for example, launched with a policy of free overnight and two-day shipping to metropolitan areas. “That’s tough to sustain long-term if your goal is profitability. A lot of companies are losing money,” said Forrester’s Wigder. “But nobody wants to be the retailer that breaks away from the offering.”

Another challenge is getting products to customers in a region of slow and unreliable postal services. But companies aren’t complaining. “They are finding solutions,” said Hana Ben-Shabat, a partner at A.T. Kearney, a management consulting firm. These range from store pickups to creating pick-up points closer to the customer, she said.

Companies are willing to take extra steps to satisfy customers because of the huge expansion and profit potential of e-commerce. Instead of opening costly new storefronts, a retailer can invest a smaller sum in marketing to lure clients to an e-commerce site with more sales potential.

“You can reach much more population online,” she said. So too can competitors, even international companies like U.S. department store chain Macy’s, which is increasingly shipping abroad, including to Latin America, she said. “Online competition will heat up.”