Will tequila exports to China catch fire? According to forecasts, it could become the second largest market after the United States. 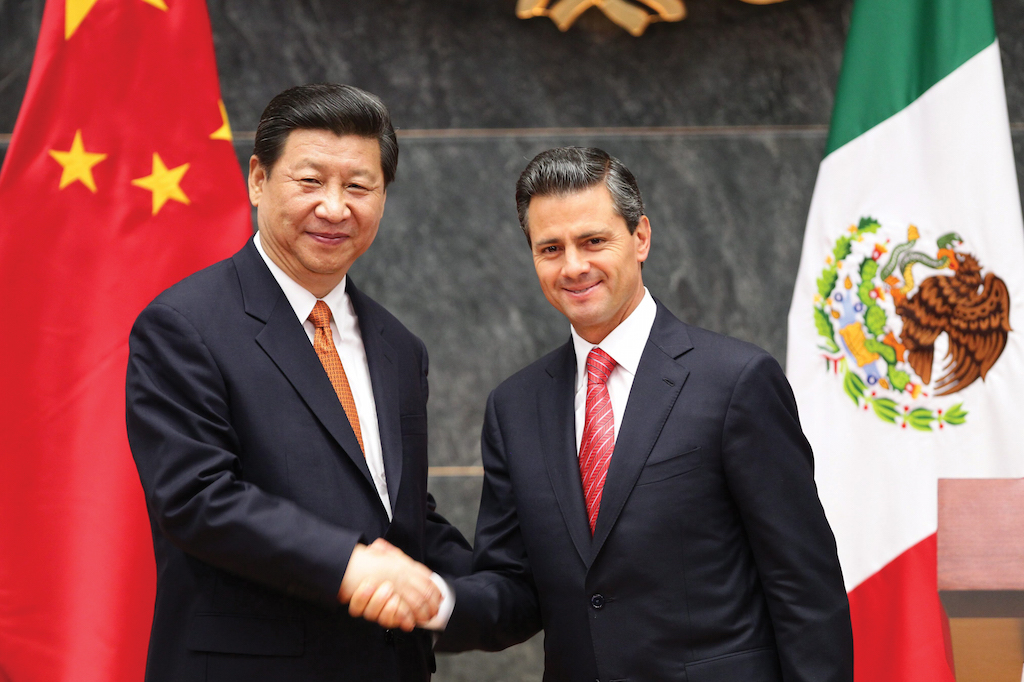 China has already developed a taste for French wine and Scotch whisky. Now, Mexico is asking the Middle Kingdom to give tequila a shot.

During his June visit to Mexico, Chinese President Xi Jinping signed a trade deal that lifted restrictions on imports of Mexico’s finest, 100 percent blue agave tequila. Along with efforts to boost Mexican pork shipments, the agreement strives to narrow a yawning trade gap that favors China 10 to 1 and represents the worst trade imbalance in Latin America.

If all goes according to plan, distillers will be the big winners, and some already have boots on the ground.

Webb boarded a plane to China two weeks before President Jinping arrived in Mexico. The game plan, he said, is to be the first horse out of the gate, and to replicate the success of fine cognac – China’s No. 1 imported liquor and a favorite among China’s well-healed and emergent professionals.

“Tequila has an oaky, caramel flavor, similar to a fine cognac,” Webb said. “We think we can start importing in the next three months.”

China effectively banned 100 percent agave tequilas in 2008 as part of a sweeping move to crack down on fake alcohol with toxic levels of methanol. Premium tequilas had methanol levels slightly above China’s cut-off, due to their high agave content.

Francisco Soltero Jimenez, the Tequila Chamber’s director, said China now represents the most dynamic new market open to tequila producers. “For Mexico, tequila is not just a national spirit,” Soltero said. “It’s also a product that has shown in different markets that Mexico can make products of very high quality. That means for the government, tequila is more than a revenue generator. It has a symbolic value of what the Mexican economy can be.”

Distillers have their work cut out for them. Although China never banned lower agave tequilas—known as mixtos— imports have been slim, to the tune of 108,000 gallons last year. Tequila is relatively unknown here.

The chamber plans to familiarize Chinese consumers with “sangritas” and “margaritas” through tastings later this year, and by placing bottles in prestigious clubs and restaurants.

Distillers also will have to contend with the lofty import taxes China slaps on luxury items. Webb, at Dos Lunas, estimated a bottle of the company’s reposado tequila, aged in oak barrels, would cost between $80 and $100 in China, about double U.S. prices. The distiller will eventually make its grand reserve bottles available in China too. Aged over 10 years in Spanish cherry wood barrels, its grand reserve tequila sells for $2,500 a bottle in the United States.

On the other hand, Webb said limited supply would work to distillers’ advantage. By law, tequila can only be produced from agave grown in Jalisco and a few regions in other Mexican states. The grains that go into other spirits are easier to come by. Dos Lunas is a U.S.-owned company, but its tequilas are distilled and bottled in Mexico.

Another advantage, according to Soltero, is tequila’s versatility. Distillers will likely begin by targeting China’s status-conscious snifter set. “The United States has shown us that the tequila sector that has been growing the fastest is the high-end,” he said.

But, tequila can also be downed in a shot glass, the way Chinese drinkers consume their favorite homegrown spirit, baijiu. Or, it can be mixed. Soltero said early research suggests tequila might even go nicely with green tea. “What we have to do for these (export) figures to become a reality is work very hard in the market,” he said, “because 1.3 billion consumers have to get to know the drink. They have to see it… they have to try it.”