The Asian giant found in our region the answer to its scarce natural resources. This is explained in an exclusive report prepared by the ConnectAmericas research team. 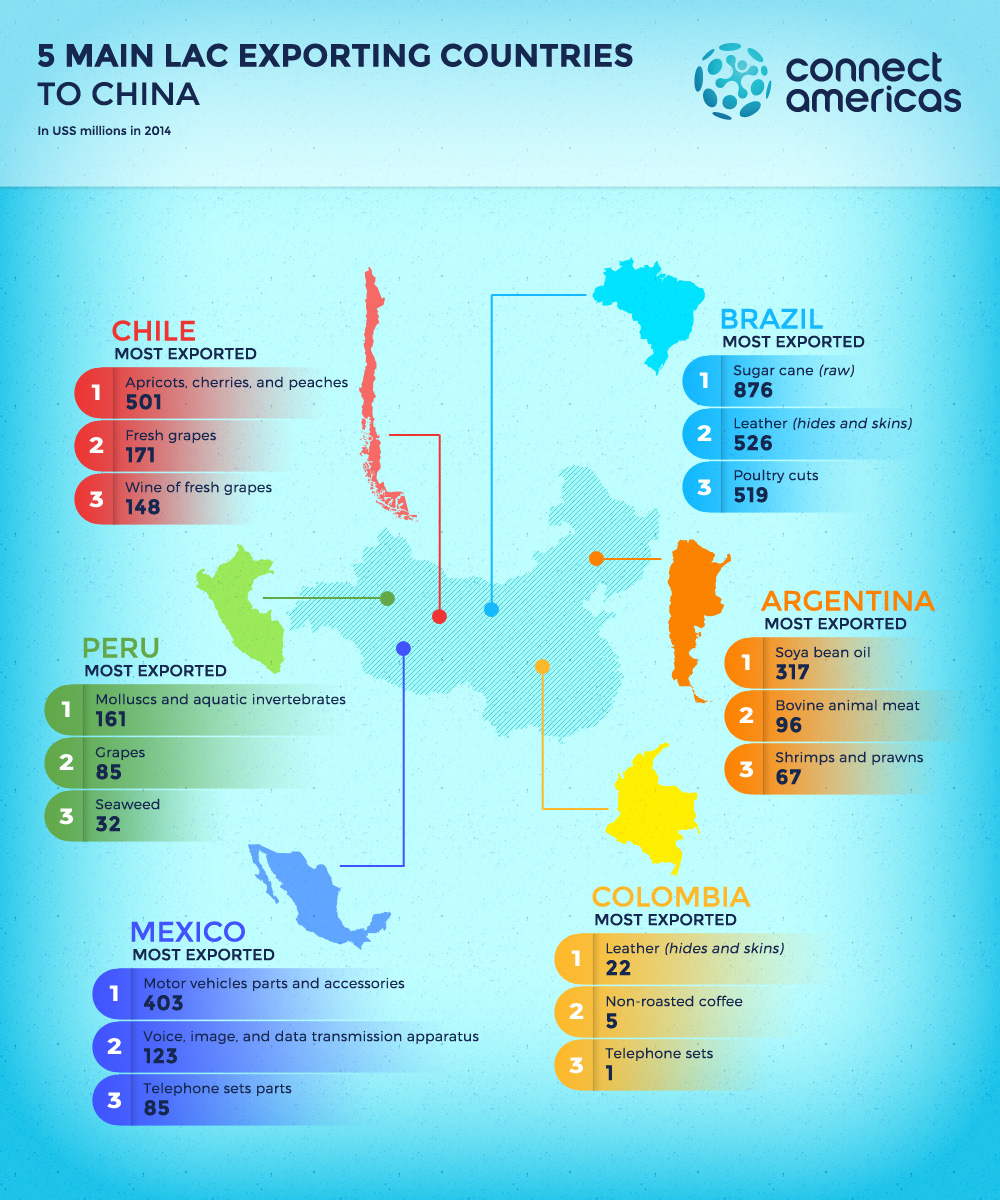 Trade relations between China and Latin America-Caribbean grew strongly under the principle of comparative advantages: China has a relative shortage of natural resources but an abundant workforce, while our region has the opposite factor endowments.

A document prepared exclusively by ConnectAmericas, titled “China: A unique opportunity for LAC businesses”, describes the characteristics and extent of this commercial relationship:

If you are interested in learning more about the Chinese economy and the possibilities for Latin America and the Caribbean, we invite you to read the following document: “China: A unique opportunity for LAC businesses”.