Increased English proficiency and an ever-growing population of Spanish speakers to the north are just two factors that have turned Latin America into an increasingly attractive destination for Call Centers among U.S. and Canadian companies. 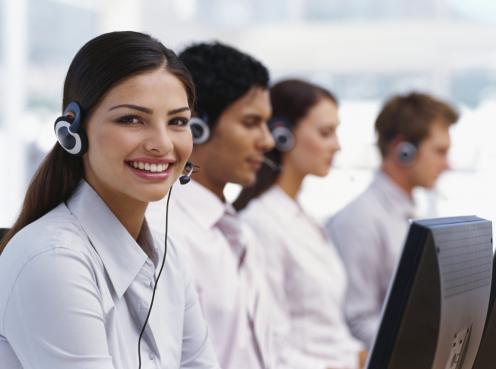 A recent study by Frost & Sullivan estimates that the region’s contact center revenues will reach $506.4 million in 2019, representing a compound annual growth rate of seven percent, according to Contact Center Solutions.

Citing NASSCOM Review 2012, investTT writes that the market for global outsourcing has experienced exponential growth in the past two decades with BPO playing a significant role. While this process has traditionally seen India and the Philippines competing for dominance in the industry for Call Center (CC) services, the Americas Quarterly dubbed the area Latin America’s “new competitive edge.

Research conducted by Wipro Consulting showed that Latin America offered a wage arbitrage opportunity of roughly 30 percent in comparison to Western Europe and the United States, with Colombia and Argentina offering the most favorable costs benefits. This report also cites an A.T. Kearney study showing labor wage cost savings of 20 to 40 percent in the region compared to wage arbitrage opportunities of 15 to 25 percent in Eastern Europe. While costs may remain lower in Asia, sustainability has been a concern. Avasant global management partner Anupam Govil points to fluctuating prices in as impetus for the industry’s growth in Latin American, according to Global Delivery Report. These observations are echoed by Wipro, who refer to high wage inflation in Asia that is projected to continue for the foreseeable future, comparing India’s 2010 inflation rate of 14 percent with a meager 1 percent that year in Chile. Furthermore, current projections foresee no reduction in this upward trend in wages.

A favorable labor market and robust economy rapidly recovering from the economic crisis has made Mexico one of the region’s strongest player with 30% of industry, followed by Brazil and Argentina, according to studies by Nortel. Colombia has become progressively more attractive as a destination due to an increasing pool of English speakers, accent neutrality for Spanish speaking markets, and highly reliable Optical Fiber coverage.

Initially intending to outsource services to India, Dallas-based Sabre Holdings shifted gears after conducting a talent assessment in Uruguay. The travel industry service provider has made its second home in the naiton's capital, Montevideo, where its call center operations currently employ 940 workers in its Zonamérica bureau, and additional 200 workers in its recently opened Aguada Park location. In 2012 the company anticipated raising the total number of employees to 1200 in 2013, far surpassing its original plan of 300. Vice president Jean Shaw explains that the company was attracted to the country’s stable political climate as well as the high level of talent and education in the workforce. The operation supports sixty countries in ten languages, seven days a week, twenty four hours a day, year round providing customer service, technical support, sales, marketing, and development.

In 2009, Colombia’s Teledatos was acquired by contact center giant Teleperformance, after developing a stellar reputation serving diverse clients in telecommunications, utilities, retail, transportation, health, social protection and tourism. Teledatos operated for both the local Colombian market and the larger Spanish speaking world, particularly Spain, highlighting the range of regions sector. With nearly 6,500 employees between operations in Bogota and Medellin Teledatos, pulled in roughly $75 million in revenues in the year before being acquired. Teledatos areas of specialization included customer support in customer care, marketing and sales characterized by a strong reputation for quality human resources and a dependable technology platform.

American BPO provider Allied Global has 19 contact centers in the western hemisphere and is actively engaged in Guatemala, where it employs 6,000 young workers. Nearshore Americas reports that the Overland Park, Kansas based outsourcing firm is undergoing a major expansion in Guatemala with the launch of a new delivery center that will generate roughly 2,000 call center agents in the nation’s capital as part of its plans to create over 4,500 jobs in the country by the end of year. Situated in the city’s Plaza Zona 4 Mall, the US$ 5 million site boasts training rooms, a cafeteria, as well as nursing and psychological facilities for employees.

An overview by Nearshore Americas on the role of BPOs and governments in responding to increasing global demand finds that having a workforce with English-language skills is often a deciding factor in capturing nearshore business process. Latin American BPO consultant Heather Littlejohns says that government support in many parts of the region has been crucial in creating a distinct English advantage in those areas, qualifying the situation as “100% better than it was ten years ago.” Some governments have chosen to make policy commitments to complete bilingualism as in Puerto Rico with its 2022 goal, and the ambitious Colombia Bilingüe which seeks to make Colombia bilingual by 2019.

Author of "The Prevalence and Impact of Skills Gaps on Latin America and the Caribbean", Wes Schwalje indicates that close proximity to other countries is valuable for the development of foreign language skills. Countries like Mexico, Dominican Republic and Costa Rica are tapping into citizens that have developed English skills from living and working abroad as well as those working in domestic tourism zones.

Wilson, Tim. How are BPOs and Governments Responding to the Exploding Demand for English Skills? Nearshore Americas. May 28, 2013.