CEO of Cinépolis. 2012 Entrepreneurial CEO of the year. 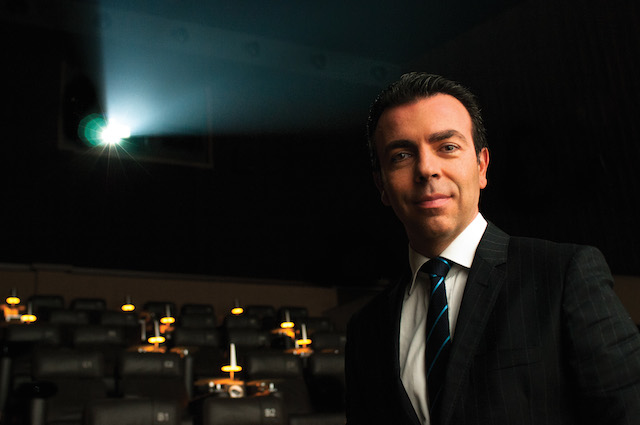 The emerging markets are a kind of Promised Land for the world’s businessmen: billions of consumers who are increasing their purchasing power every day. Tickets to the movie theater are proof that this is in fact happening. Data from the Motion Picture Association of America shows that between 2008 and 2012, ticket sales to movie theaters in the United States and Canada increased by 12 percent, and in Europe and the Middle East by 10 percent, while in Asia Pacific they grew by 53 percent, and in Latin American by 73 percent.

But market growth isn’t enough. For the Mexican company Cinépolis to become the world’s fourth largest movie theater chain and the largest in Latin America, it had to make three far-reaching decisions.

On one hand, as CEO Alejandro Ramírez Magaña said, the family company founded in 1971 in Morelia, 186 miles northwest of Mexico City, had to make its structure more formal. On the other, it decided to go international, and the company has arrived in 85 cities in Mexico, eight in Central America, 24 in South America, and three in the United States.

In addition, it decided to open theaters in India, the fifth largest market in the world for the industry. India is a country with 1.2 billion people, where each person on average goes to the movies four times a year, the same as in the United States or Canada, but far higher than the 1.8 times per year for Mexicans, 1.9 times for Argentines, or 0.6 times for Brazilians.

Cinépolis is proof that with entrepreneurial creativity and audacity, it’s often possible to write stories with a happy ending.

What has been the best decision that Cinépolis has made in the last few decades?

There have been two important decisions: the institutionalizing of a family business, which introduced better practices of corporate governance; and internationalization, given that in Mexico we faced a mature market in areas that were starting to show signs of saturation. Entering new markets with the experience of more than 40 years gave us an important advantage when starting up in other countries.

And the most difficult?

Without a doubt, the process of institutionalizing the company, as mentioned before.

How complicated would it be for a multi-Latin company to enter India’s market?

India is a very complicated market, over-regulated in many ways and also over-taxed, which makes it very challenging to enter. However, once one understands the complexity of the market and has patience – because everything in India goes much slower than in Latin America – at the end of the day, the market yields its fruit. In the case of cinemas, there is a very important neglected market that we have been able to penetrate with the knowhow we have acquired through more than four decades of experience in Latin America.

Is there something that the region’s businessmen must know before trying to get into the market?

In India, the rules are changeable and flexible. Contracts are little respected, and so you have to be able to adapt and to have a very flexible attitude. It’s necessary to have good legal advice in this type of environment.

When are you going to list Cinépolis on the stock market?

We haven’t thought about bringing Cinépolis to the stock market at this time because we haven’t had any need for going public to finance our growth. When this need arises, we will consider it, but right now, I don’t see it happening in the short run.

What would have to be the next step in the international expansion of Cinépolis?

Basically, it’s consolidating in the markets in which we are now operating, especially in Brazil, Colombia, Peru and India, and to continue exploring the market in the United States.

What has been the best decision you have made in a Latin American country to make the business of entertainment and culture grow?

Understanding the reality of each country. Despite their similarities and the cultural affinity there is among the Latin American countries, there are also important differences in terms of tastes about types of films, and about which sweets to eat. The sensitivity to adapt our product to each market has been what has enabled us to be successful in the nine countries of the region where we have a presence.