“Reboot!” Not only for machines anymore

Computers, machines, smart phones and robots have in recent years completely reshaped the world. In fact, the world seems to be rapidly changing, with a volatile global economy with high unemployment and new powerful technologies making some human jobs obsolete. One is left perplexed as to the “new” nature of jobs. With robotics playing a fundamental role in productivity, one can’t help but wonder what the future holds. 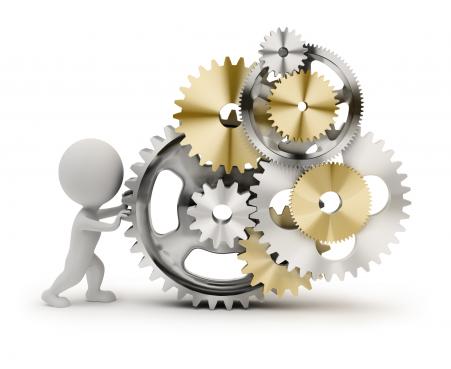 Some had predicted that technology and innovation would bring a massive transformation of jobs and the economy. Frank Rose wrote in an article for WIRED magazine about the validity of Joseph Schumpeter’s creative destruction. He stated that “Schumpeter argued that capitalism exists in the state of ferment he dubbed "creative destruction," with spurts of innovation destroying established enterprises and yielding new ones”. This renewal of the world as we knew it from the beginning of the last century carries with it many implications. We do live in a different world. It is not the Jetson’s world –the sitcom produced by Hanna Barbera- where flying saucers inhabit the skies but, some would argue, it is close to that.

The concepts of space and time have shifted thanks to the possibilities that are available through videoconference and instant messaging for example. With these tools, personal and business relationships are morphing into a state of heightened productivity where time is money and time difference virtually doesn’t exist anymore.

People even shop differently. The World Wide Web is a new efficient platform for the busy customer and cash registers in actual supermarkets have become exactly that: machines that scan the product and process the payment, without any human assistance.

Also, today, the average customer often deals with automated voices (when he or she contacts a customer relations representative for instance) or directly goes to the phone’s GPS when lost in the city, and can write an email to anyone anywhere as long as a smart phone is available.

Consequently, people are more connected than ever, work faster and more efficiently, and get from point A to point B in record time, but in this unstable economy where unemployment is making headlines worldwide, one wonders; if machines are replacing human beings.

According to David Rotman’s June 2013 article How technology is destroying jobs in the MIT Technology Review, researchers “believe that rapid technological change has been destroying jobs faster than it is creating them, contributing to the stagnation of median income and the growth of inequality in the United States. And, they suspect, something similar is happening in other technologically advanced countries.”

It is the nature of jobs that will most probably evolve

Thus, technological progress is eliminating the need for many types of jobs and leaving the typical worker worse off than before. Also, in his piece "Will a robot take your job?" in The New Yorker, Gary Marcus writes that, “smart machines may make higher Gross Domestic Products possible, but also reduce the demand for people—including smart people. So we could be looking at a society that grows ever richer, but in which all the gains in wealth accrue to whoever owns the robots.” And, “The future of technology is easier to imagine than the future of humans.” But there is no causal mechanism, physical, economic, sociological, or legal, that guarantees that new jobs will always come into existence.”

With the changing nature of the tasks that are required from workers, it does seem that technology is making it harder to get a job. For developing nations, however, and for countries that generally work towards boosting their economy, this technological progress is merely helping humans be more efficient. With events like the Latin American Robotics Competition and Symposium (LARC & LARS), organized by Universidad Católica San Pablo’s School of Engineering and Computing, we find support for the scientific and robotic communities of Latin America, ranging from Graduate Students to Mechatronic Engineers. Initiatives such as LARC & LARS show the direction Latin America wants to take with its economies. Colombia for example appears to be quite open to the international market and works hard at promoting their innovation and technology-centric qualities.

In fact, according to Conrad Egusa, who recently wrote an interesting piece entitled "The Silicon Valleys of Latin America: A tale of 3 nations" states that “Colombia appears to have taken a more international approach to entrepreneurship and is promoting the export of technological products and services. Despite Colombia’s relative inexperience in technology, there are advantages drawing investors to the country. iNNpulsa, a government body that promotes entrepreneurship and innovation in the country, provides roughly US$150,000 grants to startups, in addition to other services. Co-working spaces including Espacio, HubBOG, and Atom House have arisen to serve as communities for startups large and small.

All these changes compel us to ask on basic question: What does technological progress really imply? Do humans work better with machines? Probably. Do they work faster? Definitely. There is however a domain in which machines have not surpassed humans yet, and that is the realm of creativity.

Indeed, Gary Marcus remarks that, “the last bastion for human employment is likely to come from our cognitive strengths of flexibility and creativity, in finding new lines of work where computers replace old ones. Computers can create new things within an existing genre, but still struggle when it comes creating anything genuinely new, or even solving problems that haven’t been specifically programmed for. Anything that can be automated will, but where we can create new things, there still may be a niche for us to fill.”

Thus, it may not be a win or lose situation after all. It may not even be a race against the machine. They say the more things change, the more they remain the same. With the advances in technology and robotics, it is the nature of jobs that will most probably evolve, and in order to generate employment people may have no choice than to be more creative and more often than not… reboot.

Rose, Frank. The Father of Creative Destruction: Why Joseph Schumpeter is suddenly all the rage in Washington. WIRED Magazine, San Francisco, CA, 2002.